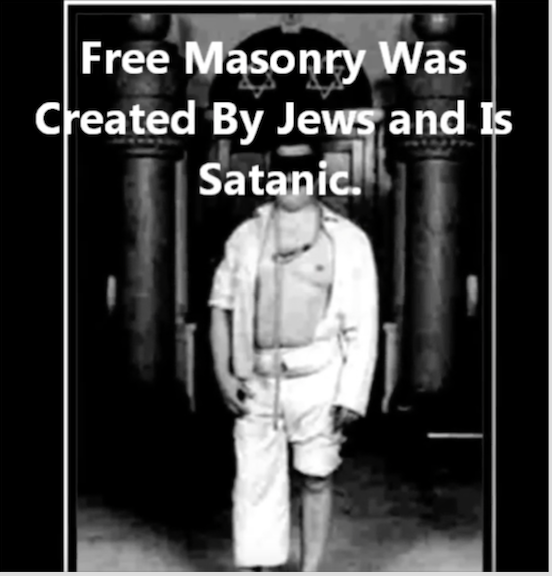 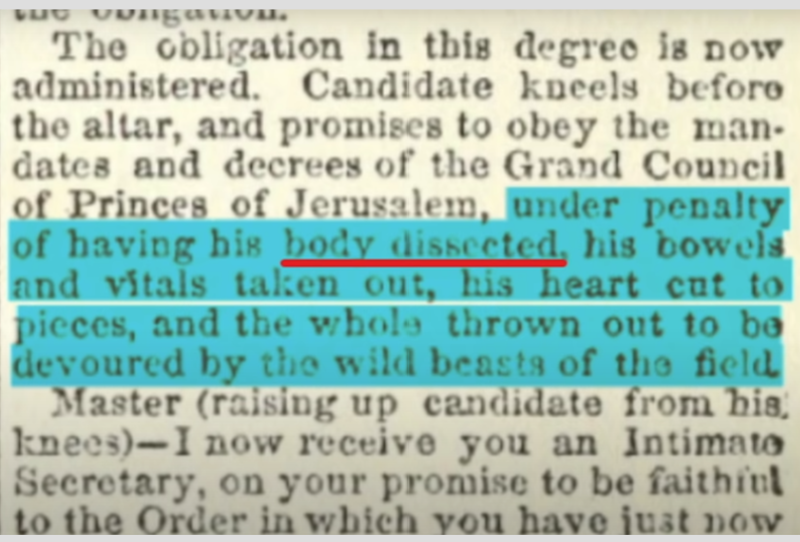 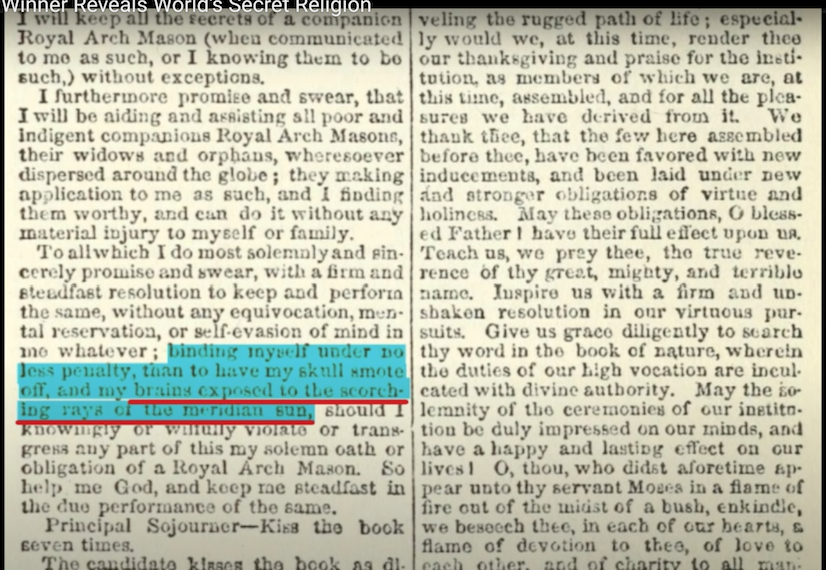 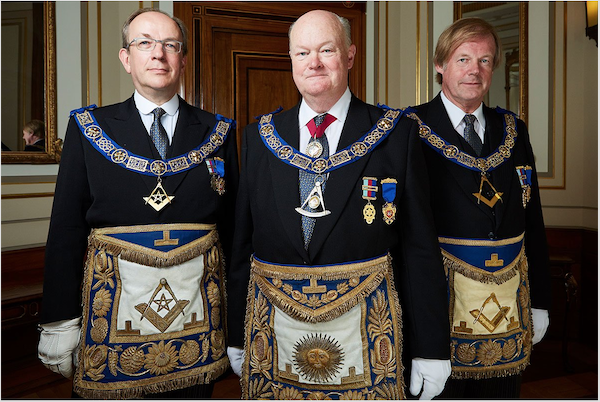 Judaism for Gentiles, Freemasonry is a place where third-raters can get an advantage by betraying their fellow citizens, their culture and their community. All they have to sell is their souls.

Makow – We thought we were free citizens of democracies, endowed with “human rights,” but, in fact, we’ve been mind-controlled prisoners of a satanic cult, all along. Both sides of every war, including the US Civil War, were organized and funded by Masons.

Thanks for your article exposing Freemasonry for the satanic horror it is. Yet is is vital to understand who created and controls freemasonry. Following are a few quotes from my research I think you’ll find of interest.

“Regarding the relationship of Freemasonry with Judaism, Jews have entirely created masonry to corrupt the nations of Christian civilization and to propagate behind this veil the general revolution which is to bring about the domination of Israel. It is simply a tool and a means in the hands of the Jews.

In support of this we can quote the article of Rabbi Dr. Isaac M. Wise, published in The Israelite of America, August 3, 1866: ‘Masonry is a Jewish institution whose history, degrees, charges, passwords, and explanations are Jewish from beginning to end.'” – Vicompte Leon de Poncins, The Secret Power Behind Revolution: Freemasonry and Judaism, GSG and Associates, 1996, reprint of 1929 edition, p. 101. 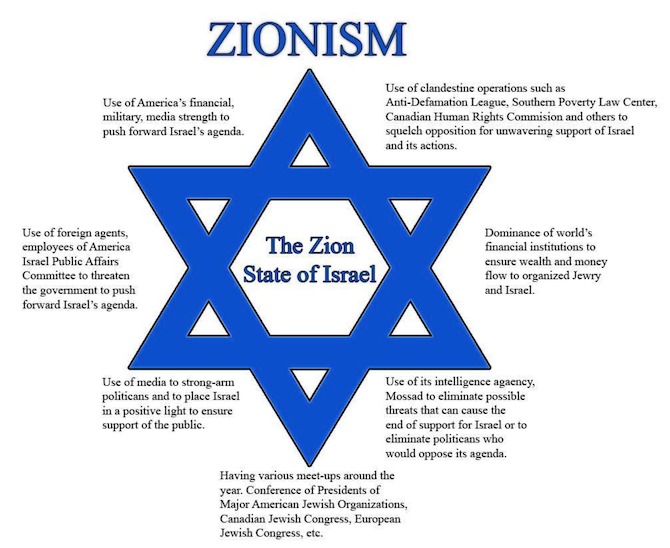 On page 249 of Duncan’s Ritual and Monitor it states that Masonry is subservient to Judaism, noting that a recipient of the Royal Arch Degree pledges himself, “For the good of Masonry, generally, but the Jewish nation in particular.”

“The technical language, symbolism and rites of European Freemasonry are full of Jewish ideas and terms … in the Scottish Rite, the dates on official documents are given according to the year and months of the Jewish calendar, and use is made of the Hebraic alphabet.” – Jewish Encyclopedia, 1903, Vol. 5, page 50.

“To become initiated into the higher degrees of freemasonry, the adept must agree to become an assassin … He must be willing to assassinate Christ and his representatives on earth.” – ibid. pg. 541.

Theodore Herzl, the founder of Zionism, in 1897 in Switzerland, said: “Masonic lodges established all over the world offered to help us achieve our independence. Those pigs, the non-Jewish Masons, will never understand the final object of Masonry.”

“The earliest Jewish settlers in the New World brought freemasonry with them. When 15 Jewish families arrived in Newport, Rhode Island from Holland, they brought with them the continent’s first masonic lodge. ‘Descendants of certain of these Jews originally from Spain and Portugal, went into the whaling industry, and founded some of the First New England families.

The official coat of arms of the English Grand Lodge, even to this day, is the one made in 1675 by Rabbi Jacob Jehuda Leon, known as Templo, who went from Holland to England that year. ‘This coat is entirely composed of Jewish symbols’, explains Dr. Lucien Wolf. ‘It is obviously an attempt to display heraldically the various forms of the Cherubim pictured to us in the second visions of Ezekiel – an Ox, a Man, a Lion, and an Eagle – and thus belongs to the highest and most mystical domain of Hebrew symbolism.   If one looks more carefully, it becomes apparent that they have the hindquarters of goats, with hairy haunches and legs and cloven hooves that tread upon the motto ‘holiness to the Lord’. The trail of masonry always leads to, and crosses, that of the wandering Jew, whether he actually founded it or not.’ ‘” – E. Michael Jones, The Jewish Revolutionary Spirit, Fidelity Press, pg. 345, 346.

The insidious deception of Freemasonry which now infests the world emerged via a “renewal” of a more ancient masonry in London, England on June 24, 1717. The parent and more secret association known as “The Mysterious Force”, had been founded in 43 A.D. by nine Jews intent to destroy the inspiration and teachings of Jesus the Christ. Those nine were King Herod Agrippa, Hiram Abuid, Moab Levy, Jacob Abdon, Solomon Aberon, Asad Abia, and three known only as Adoniram, Jonathan and Antipas. The conspiracy of 1717 was well financed by international Jewry and came to focus in Joseph Levy, (heir to the original manuscript of ancient founder Moab Levy), John Desgauliers, and Abraham Abiud (in the lineage of original founder Hiram Abiud). Even those who have risen to the level of the 33rd degree in Masonic rank are unaware of the true satanic Jewish origin and continuing absolute control of their organisation by the Sanhedrin. Masons, from the blue lodge level of window dressing (first three degrees), a level referred to by those further up the chain of command as “porch masons”, up to and including the 33rd degree follow orders dutifully without knowing from whence their orders have come. – Dissipation of the Darkness, Origin of Freemasonry.

“… until we come into our kingdom, we shall act in the contrary way: we shall create and multiply Freemasonic lodges in all the countries of the world, absorb into them all who may become or who are prominent in public activity, for in these lodges we shall find our principal intelligence office and means of influence. All these lodges we shall bring under one central administration, known to us alone and to all others absolutely unknown, which will be composed of our learned elders. The lodges will have their representatives who will serve to screen the above-mentioned administration of MASONRY and from whom will issue the watchword and program. In these lodges we shall tie together the knot which binds together all revolutionary and liberal elements. Their composition will be made up of all strata of society.

The most secret political plots will be known to us and fall under our guiding hands on the very day of their conception. AMONG THE MEMBERS OF THESE LODGES  WILL BE ALMOST ALL THE AGENTS  OF  INTERNATIONAL AND  NATIONAL POLICE since their service is for us irreplaceable in the respect that the police are in a position not only to use its own particular measures with the insubordinate, but also to screen our activities and provide pretexts for discontents …

The class of people who most willingly enter into secret societies are those who live by their wits, careerists, and in general people, mostly light-minded, with whom we shall have no difficulty in dealing and in using to wind up the mechanism of the machine devised by us. If this world grows agitated the meaning of that will be that we have had to stir up in order to break up its too great solidarity. BUT IF THERE SHOULD ARISE IN ITS MIDST A PLOT, THEN AT THE HEAD OF THAT PLOT WILL BE NO OTHER THAN ONE OF OUR MOST TRUSTED SERVANTS. It is natural that we and no other should lead MASONIC activities, for we know whither we are leading, we know the final goal of every form of activity whereas the Goyim [human cattle, non Jews] have knowledge of nothing, not even of the immediate effect of action; they put before themselves, usually, the momentary reckoning of the satisfaction of their self-opinion in the accomplishment of their thought without even remarking that the very conception never belonged to their initiative but to our instigation of their thought… .” – Protocol 15: The Protocols of the Learned Elders of Zion.

“B’nai B’rith (Sons of the Covenant) is superior to all other branches of Freemasonry … it in fact constitutes a kind of Freemasonry within Freemasonry. B’nai B’rith was founded under the name Bundesbruder by twelve German Jewish Freemasons on October 1843 at the Saint Germain Cafe in New York. Only Jews and half-Jews are admitted to the order [which] works very closely with the Illuminati and has been represented at the UN since its inception.” – Architects of Deception, Juri  Lina, pg. 344.

“Rotary International … is entirely in the hands of the Freemasons. This movement was founded in Chicago in March 1905 by the Freemason Paul Harris, who also belonged to B’nai B’rith. Masonic periodicals have praised the activities of the Rotary Clubs, as these are very useful for Freemasonry. Lions International was founded in 1917 by Melvin Jones, also a member of B’nai B’rith.” – ibid pg. 346.

This is true of an apparently endless list of seemingly benevolent associations including the Shriners (comprised of Freemasons who have attained the 32nd degree in the Scottish Rite, or have become Knights Templar in the York Rite), the Kiwanis Club, Rosicrucians, Moose Lodge, Job’s Daughters,  the Boy Scouts etc. ad nauseam.

“Charles Taze Russell, Freemason of the 32nd degree founded Jehovah’s Witnesses in 1879 in an attempt to manipulate those who are outside the lodges, but do not mind playing the part of useful idiots. They use masonic and Illuminati symbols. Joseph Smith and Brigham Young, founders of the Mormon Church in 1830, were both Freemasons of high rank. In their ceremonies, the Mormons wear white gowns with a square on the right side and a pair of compasses on the left.” – ibid, p. 347. 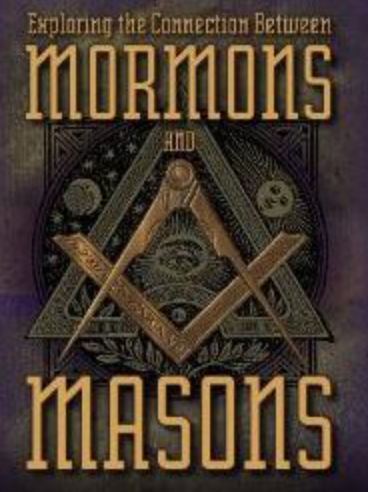 From The Jesuit Extreme Oath of Induction given to high ranking Jesuits: “I do further promise and declare that I will, when opportunity presents, make and wage relentless war, secretly and openly against all heretics … as I am directed to do to extirpate them from the face of the whole earth; and that I will spare neither age, sex, or condition, and that I will hang, burn, waste, boil, flay, strangle, and bury alive these infamous heretics; rip up the stomachs and wombs of their women, and crush their infants’ heads against the walls in order to annihilate their execrable race. That when the same can not be done openly, I will secretly use the poisonous cup, the strangulation cord, the steel of the poniard, or the leaden bullet, regardless of the honour, rank, dignity, or authority of the persons, whatever may be their condition in life, either public or private, as I at any time may be directed so to do by any agents of the Pope or superior of the Brotherhood of the Holy Father of the Society of Jesus.”

Related – The Aim of Freemasonry is the Triumph of Communism

——- An Italian reflects on ordinary Jews 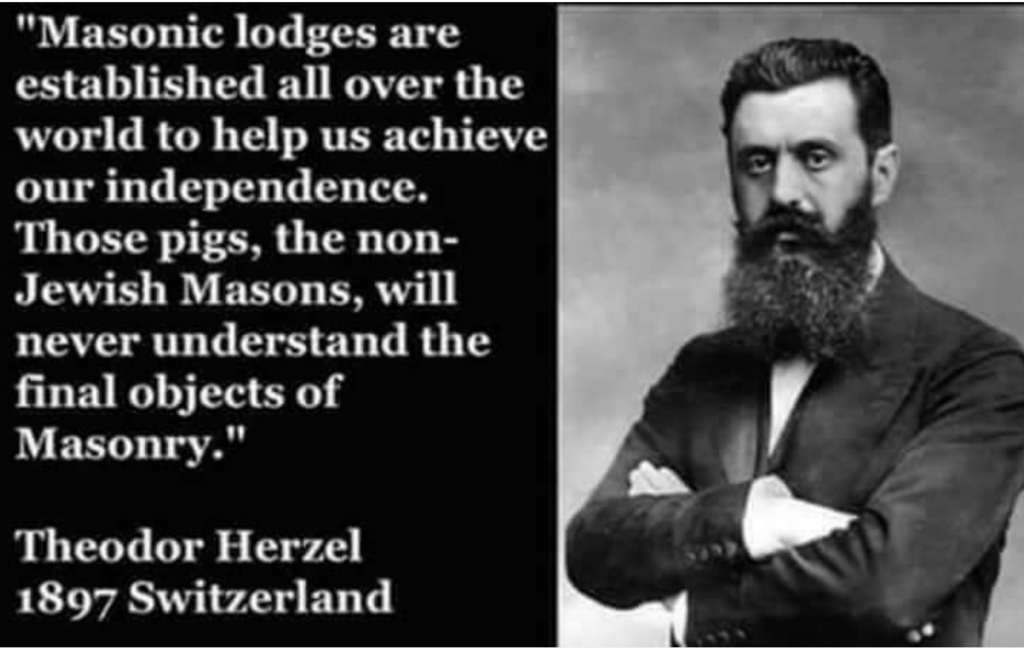