Dear friends — Of all the information that has been released about Jeffrey Epstein and his alleged suicide, I think the information contained in the video below is, by far, the most important.  This woman (her name is Hope) is a survivor of satanic ritual abuse that took place in the tunnels underneath Epstein’s temple on the now infamous pedo island.  She is a victim of Epstein’s satanic cult.  Hope has revealed alot of information to share and reveals ALOT about who Epstein really is, what he was really up to, his ties to the “medical” and “scientific” industries involved with MK Ultra (i.e., “neuroscience”), his involvement with the sacrificial murder of babies to Molech, and his disgusting desire to want to spread his contaminated sperm/DNA in order to pollute the Earth with his evil genetics (see here, here, and here).

Below is some blockbuster information you probably have not heard before.  Please watch the video and mirror it on your channels.   Download onto your computer.  Do not let (((them))) wipe this from the internet.  The info needs to spread.

They are actually engaging in rituals at the Statue of Liberty — all the points on the crown and the points on the torch.  It represents all the portals.  They taught us to pray to the statue of liberty and call the demons in so they can cover up what they’re doing…  Alot of horrible things happened to me there.  As far as it being a representative of “freedom,” it was an evil, evil representation of freedom…

The crown is used alot in programming because it represents alot of different house positions in the Illuminati.  Also, the torch is really considered a phallic symbol and the points on it were like portals to call in demons. So it’s really a representation of pedophilia and how they get their power.

The following information from a completely different source seems to confirm the information regarding the Statue of Liberty.

Ishtar – the Statue of Liberty – is nothing but a worshiped statue of Lucifer, the morning star.
Source

In US patent number 11,023 the Diadem is described as follows:

The head with its classical, yet severe and calm features, is surmounted by a crown or diadem, from which radiates divergently seven rays tapering from the crown and representing a halo.

Here is what the seven rays represent:  In the occult sciences Light is known as an emanation from God.  That Light which opened the eyes of Adam and Eve…

Each of the Seven Rays is believed to be associated with a different kind of occult energy, and a different color.  Their symbol is the rainbow.  [Author note – indeed, the LGBT symbol is a symbol of luciferian perversion].

While others can only see the head of the Statue of Liberty as described in the documents of the patent, those “In The Know” can visualize the totality of its true meaning.  It is the Head of Lucifer! 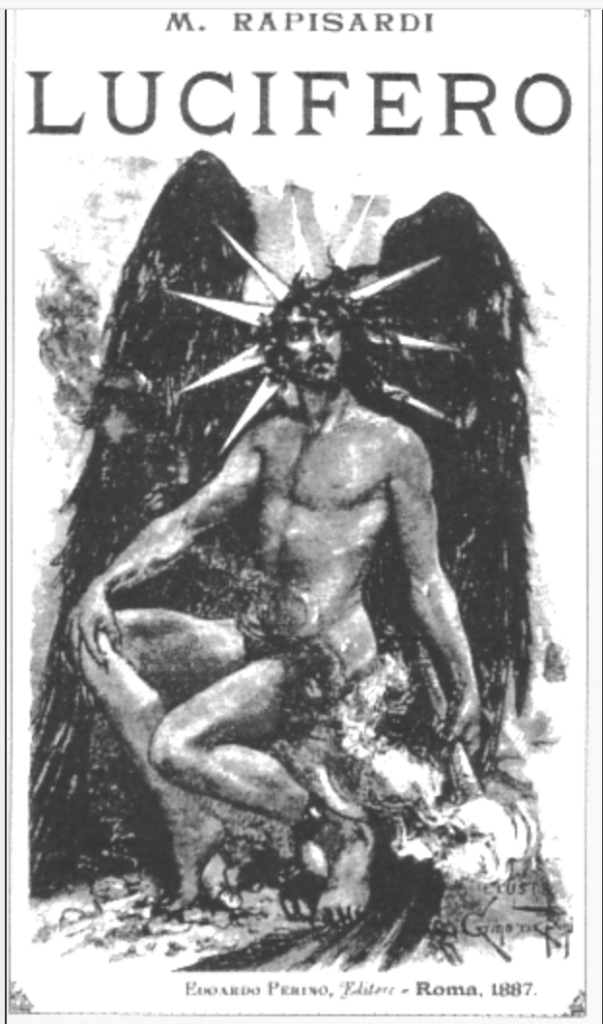 The statue of liberty bears the Light.  It is indeed a light bearer.     In other words it is a Lucifer! In Latin the word Lucifer literally means “light-bearer”, which in that language is used as a name for the dawn appearance of the planet Venus, heralding daylight.  The name was applied by the church fathers to Satan, on the basis of Luke 10: 18, where Satan is said to fall as lightning from heaven..

Please keep in mind that when these demons use the word “light” — the are often referring to false light of Lucifer which emanates into our world through technologically produced RADIATION now being used in all our wireless devices.  See “The Dark Side of Prenatal Ultrasound and the Dangers of Non-Ionizing Radiation,” for more information about this.