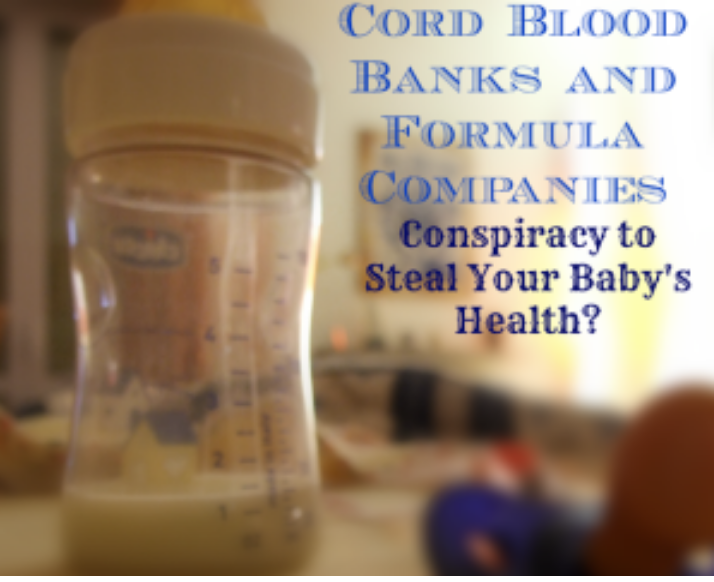 “Another thing very injurious to the child, is the tying and cutting of the navel string too soon; which should always be left till the child has not only repeatedly breathed but till all pulsation in the cord ceases. As otherwise the child is much weaker than it ought to be, a portion of the blood being left in the placenta, which ought to have been in the child.”
— Erasmus Darwin, Zoonomia, 1801

The modern hospitalized birthing process usually goes something like this in the U.S.. The mother gives birth to a child, while being thoroughly drugged, and the child’s umbilical cord is immediately clamped. Soon after; male children are circumsized (usually without any pain killers) and then given a round of vaccines on his first day of birth. This is the modern version of birthing.

There was a time when the umbilical cord was not cut until the cord stopped pulsating. This would take somewhere between 2 and 20 minutes. Nowadays, that practice has been abandoned, but it is not due to health considerations. Early cord clamping provides no known medical benefits to either the child or the mother. With most deliveries, the cord blood is taken to be sold, because it contains valuable stem cells, including hematopoietic cells. These are sold for scientific research. Before this highly lucrative market developed, the blood was allowed to travel to the infant to help him become stronger. Instead, it is now stolen from him by the hospital staff. This practice has become such a standard procedure that whenever the blood is not to be saved, it is just thrown away.

Early cord clamping restricts blood that was intended for the infant. There is usually about a cup of blood transferred through the umbilical cord to the infant at birth. A huge number of studies show that early cord clamping is a dangerous procedure, which weakens a newborn, and can eventually lead to brain and lung problems (if not immediately). If the umbilical cord is attached, and the infant is receiving the highly-oxygenated blood, then there is not an urgency to immediately get the infant breathing. The oxygen from the blood will ensure the survival of the infant.

Waiting for the cord to stop pulsating has become unusual in American hospitals. Although, there was a time when an infant would have breathed well, and his skin color would have become normal before his cord was clamped. An infant will naturally begin breathing without any assistance or encouragement if the cord is not immediately clamped. However, the cord is now clamped long before the infant takes his first breath; producing obvious problems that stem from cutting off his oxygen supply.

Parents usually have no clue that the blood of their child is being taken for research, and this is not accidental. Parents usually sign the fine print allowing their hospital to “dispose” of the cord blood and placenta, which is actually saved, and then sold to the highest bidder. Late cord clamping does not go well with the profit agenda. Ironically, the aim of the research is often to find cures for disorders which are caused by this early cord clamping. In other words, should we hurt John to help Luke? We can be sure that early cord clamping is, in some cases, creating future life-long ‘customers’ of the medical establishment, but this seems to be the normal pattern with allopathic medicine. Since the cord blood can contain one quarter of the total blood volume of an infant, the loss is a huge blow to his immune system.

Premature Deliveries: Here’s Where It Really Gets Evil

The cord blood of pre-term infants contains more stem cells than normal infants, and interestingly; early cord clamping is particularly promoted for these infants by the medical establishment, due to its higher market value. The welfare of the child is not even considered. For the hospital, this blood is a premium sales item because it contains more nutrients and stem cells than are normal. These are desperately needed by the weaker infants. This need is ignored, and the cord blood is literally stolen from the sickly child (by his own doctors — no less), and then sold for maximum profit. There is no doubt that this cord blood would result in much healthier premature newborns.

The great majority of people believe that there is no harm in delayed cord clamping, so would it not be wise to leave it attached until it stops pulsating? Sometimes, the cord is clamped immediately for the convenience of the doctor, who desires to get in and out of the delivery room as quickly as possible, and back into his golf game. Doctors do have priorities, after all. Spending an extra 20 minutes in the delivery room would likewise make the customers less profitable for the hospital.

U.S.A.! We’re number 1 number 33!
ACTUALLY – WE ARE NOW RANKED 68TH IN TERMS OF INFANT SURVIVAL BEYOND THE FIRST DAY

When we combine this sort of “health care” with the onslaught to the immune system by dozens of completely unnecessary and unsafe vaccinations, then it is a wonder that most American babies survive. In fact, the U.S. is ranked 33rd in infant survival, according to the United Nations; meaning that there are 33 countries with less infant fatalities by percentage of births. America with its supposed “best in the world medicine”, is in actuality, outdone by such nations as New Caledonia and Brunei. It’s beyond sad. The delusional mythology behind it all is almost as pitiful. The topic of vaccinations has been covered throughout this website, and there is no need for more elaboration.