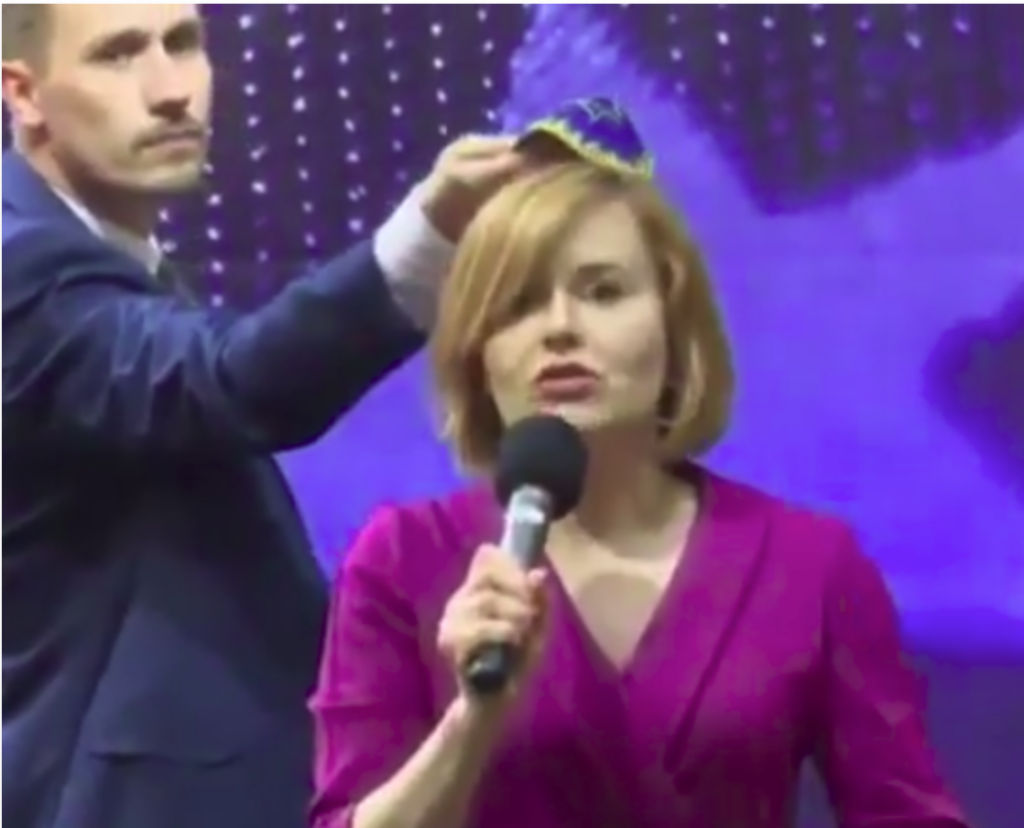 During a debate in Kielce, Poland, Polish politician Dawid Lewicki put a jewish skullcap in front of Anna Krupka, a political opponent. Lewicki is part of the Confederation political alliance, and his symbolic gesture was to indicate that the ruling Law and Justice party is subservient to jewish supremacists He stated, “This is the symbol of Law and Justice. They kneel before the Jews, they sell the country for $300 billion,” according to Polish press.

Anna Krupka responded by throwing the yarmulke off her head. Later Konrad Berkowicz, another Confederation politician, picked up the yarmulke and held it above Krupka’s head.

Poland’s Ambassador to Israel Marek Magierowski, who was recently spat upon in Tel Aviv by a jew who was able to walk free, of course condemned the “hatred” in a tweet, saying:

all expressions of racially motivated hatred are unacceptable.”

Magierowski was assaulted because Poland refuses to cough up $300 billion in extortion money to the jewish mob.

This whole debate in Poland is the result of ZOG emperor Donald Trump’s signing of a law in 2018 to “restore” jewish property that was supposedly stolen during the Holohoax, but Poland’s government is not interested in discussing the matter.

Nationalist groups have also opposed the law, arguing that paying compensation would ruin Poland’s economy. Last Saturday, thousands of Polish nationalists rallied against the measure in Warsaw, in what was described as one of the largest anti-Jewish street demonstrations in recent times.

There have been quite a few “anti-Jewish” (weird how they’re not using “anti-semitic” here) demonstrations in Poland in recent times.

Isn’t it just so terrible of those Poles to not want to impoverish themselves in order to further enrich the jewish supremacist cabal?