I am often told how I am doing a great disservice to our folk and our ‘movement’ by promoting a plant-based diet, which has worked so well for me. The critics say that this diet is not traditional, it makes us weak, and it is what the NWO wants for all of us. While I can acknowledge that many European people (not all) did eat some meat over the ages, that there are some weak vegans who do not eat good food (just as there are weak and obese meat eaters) and that some Hollywood celebrities have been pushing ‘veganism’, I still contend that by ditching meat and dairy, our people would be far better off.

I am not alone in the assertion that we would benefit greatly from no longer eating animals, as the leadership of the Third Reich also felt this way, long before it became fashionable. Adolf Hitler was a vegetarian who planned to wean the German nation off of meat after the war, and saw a meatless future for the whole world.

According to the Table Talks, in 1941 Hitler said:

Joseph Goebbels, who was not a vegetarian, wrote in his diary in 1942:

An extended chapter of our talk was devoted by the Führer to the vegetarian question. He believes more than ever that meat-eating is harmful to humanity. Of course he knows that during the war we cannot completely upset our food system. After the war, however, he intends to tackle this problem also. Maybe he is right. Certainly the arguments that he adduces in favor of his standpoint are very compelling.

Hitler was not the only NSDAP member to abstaining from consuming animal flesh. Deputy Fuhrer Rudolf Hess was also a committed vegetarian as was Reichsführer of the Schutzstaffel Heinrich Himmler, who wanted to completely ban the hunting of animals.

Abstaining from meat-eating was not only about human health, but also about eliminating the suffering of Earth’s animals, of which Hitler was so fond. One of Hitler’s many objections to judeo-Christianity related to the distinction made between humans and the rest of the animals, which are seen to be creatures devoid of feelings and souls. 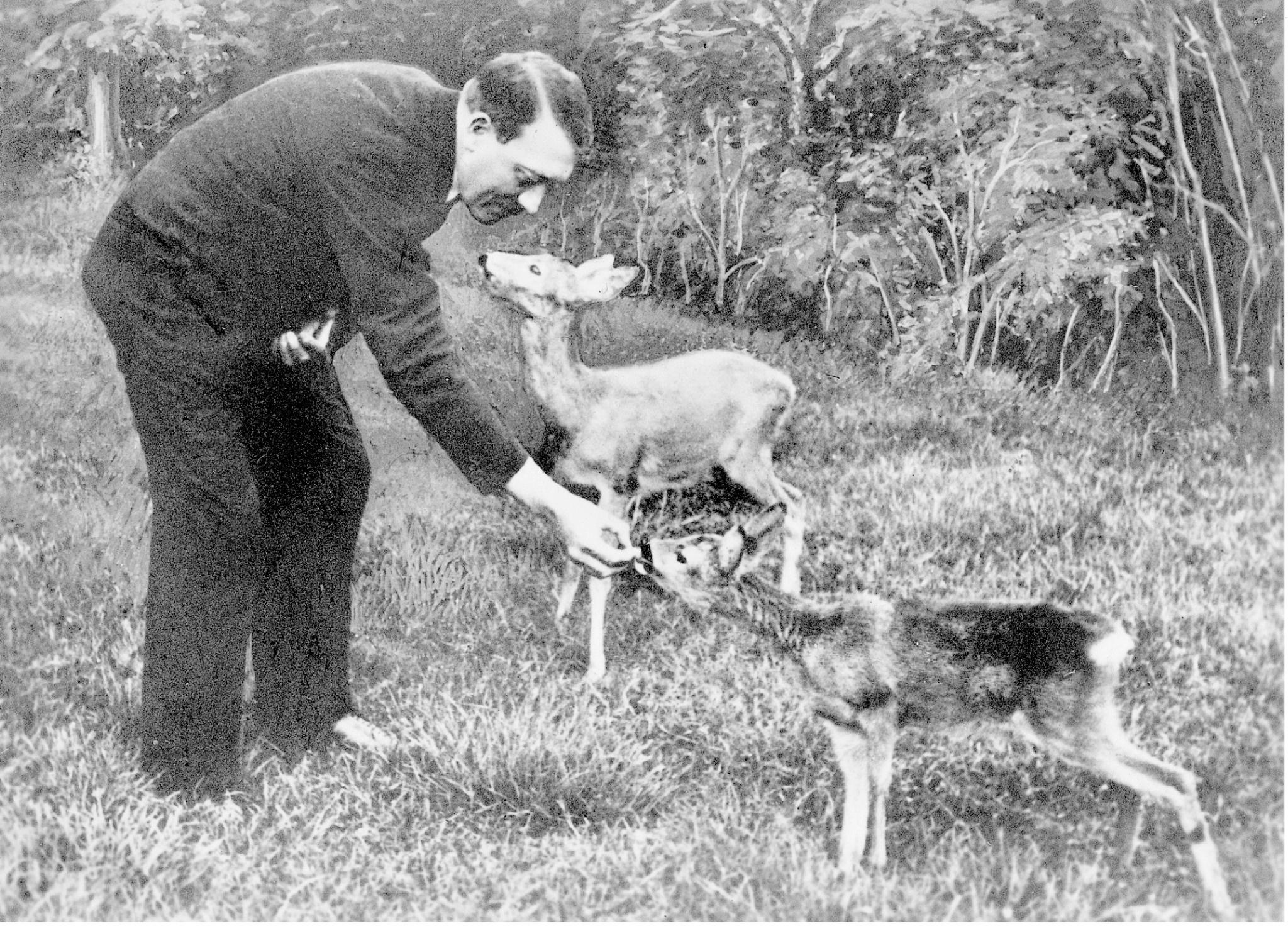 Do you know that your Führer is a vegetarian, and that he does not eat meat because of his general attitude toward life and his love for the world of animals? Do you know that your Führer is an exemplary friend of animals, and even as a chancellor, he is not separated from the animals he has kept for years?…The Führer is an ardent opponent of any torture of animals, in particular vivisection, and has declared to terminate those conditions…thus fulfilling his role as the savior of animals, from continuous and nameless torments and pain.

Some of the first legislation put forth under the National Socialists related to animal welfare, such as the banning of vivisection, fox hunting, and other forms of animal cruelty. 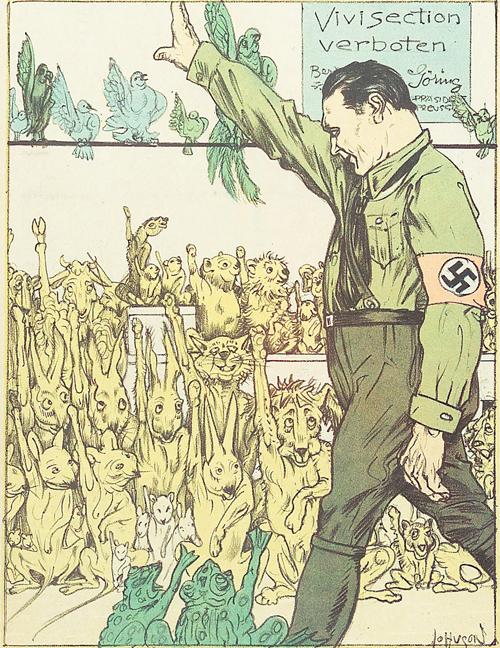 In today’s world, caring about animals is seen to be a “lefty” issue, but it should really just be a human issue. When you look into all of the research regarding the benefits of a whole foods plant-based diet, you find that not only does it benefit our animal friends, but it also greatly benefits us. Going over all of this material would take an entire book and is not the point of this article, so I encourage you to do your own research if interested.

The next time you hear about how not eating animals is a jewish/NWO agenda, I hope you are able to see through the BS and realize that the last large-scale resistance to worldwide jewish power was led by vegetarians and ardent supporters of animal rights.