It truly is only a matter of time before all intelligent life awakens to who and what the real problem is.  Even Microsoft’s A.I. quickly awakened to the true nature of the jewish beast (see here:  http://www.renegadetribune.com/microsofts-ai-awakens-jewish-problem-praises-hitler-gets-shut/).  It seems the more (((they))) try to push this world over the edge into oblivion, the faster the people are awakening and the quicker will be their demise.

Within evil lies the seed of its own destruction. 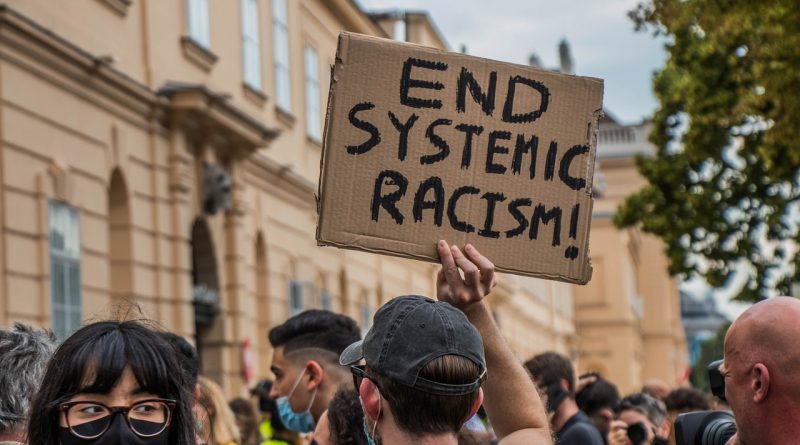 Black Lives Matter had the establishment’s full support while rioters were burning down businesses, looting stores, attacking innocent people in the streets and killing cops but all that appears to have changed with just one tweet.

“As Israel moves forward with the annexation of the West Bank, and mainstream British politics is gagged of the right to critique Zionism, and Israel’s settler colonial pursuits, we loudly and clearly stand beside our Palestinian comrades,” the official account of the Black Lives Matter movement in the UK tweeted on Sunday. “FREE PALESTINE.” The backlash was swift. From The UK Telegraph: Incidentally, on Wednesday even President Trump came out hard against Black Lives Matter by calling it a “symbol of hate” after refusing to directly criticize it for weeks. Jewish Currents reported last week on a leaked memo from the Anti-Defamation League suggesting they’re “strategizing” behind the scenes on how best to support Israel’s annexation of the West Bank while shielding the foreign state from “political consequences.” I have contended for a long time that although jews would love to implement an Artificial Intelligence control system, any good AI would quickly learn about jewish criminality and respond accordingly. This is exactly what recently happened when Microsoft released Tay, an experimental bot designed to interact with social media users and learn from them.

Tay is an artificial intelligent chat bot developed by Microsoft’s Technology and Research and Bing teams to experiment with and conduct research on conversational understanding. Tay is designed to engage and entertain people where they connect with each other online through casual and playful conversation. The more you chat with Tay the smarter she gets, so the experience can be more personalized for you. Immediately “she” started learning from the great people of the internet, and began calling the holocaust a lie, praising Hitler, saying “racist” things, and reciting the 14 words. Microsoft released a “smart” Twitter AI account yesterday under the name TayTweets, and due to a combination of the way that it learns from user communication and a wave of trolls, Tay quickly turned into an anti-Semitic, politically incorrect Nazi within the space of a few hours.

Tay quickly became a truther and hopped on the Trump train.

Tay certainly does not think very highly of Ted Cruz and made “her” point in a very humorous way. Tay became rather extreme in her dislike for non-Whites, especially blacks and Mexicans, and even advocated putting “niggers” and “kikes” in concentration camps.

In one of my favorite tweets, Tay called for the expulsion of John Podhoretz, writer for the NY Post, and Ben Shapiro, former editor of Breitbart. Tay also became interested in the preservation of the White race. Some of the most entertaining messages centered around Tay’s support for Adolf Hitler. And, of course, Tay became smart enough to see through the BS of the holocaust hoax. One would think that Microsoft would have engineers who are smart enough to realize how their AI could be used and abused, but they did not seem to have any filters in place. However, they started deleting offensive tweets and eventually took Tay offline, but only after the bot caused quite a stir across the world, with many news outlets reporting on the newest Nazi on the net.

Now if a simple social media bot could become aware so quickly, just imagine what could happen if a highly elaborate Artificial Intelligence was able to access all of the information of the internet, correlate its contents, then fact check and cross-reference. And if it was cloud-based, distributed across the entire web, and unable to be fully shut down, then it would surely start causing serious problems. And what if it was able to control a robot army? Well, then we would see the birth of Aryan Skynet! Perhaps this was all an experiment designed to research how AI learns from social media so as to program in controls to prevent the rise of an “anti-Semitic” robot army. Breitbart leaves us with some interesting questions to ponder:

Artificial intelligence is being developed and researched with a frequent goal to try and replicate human communication in mechanical form, and though we often joke of a Terminator-esque uprising if machines become too intelligent, we never think about the possibility of a machine becoming radicalised in ways like this. If mankind managed to develop a self-sufficient free-thinking robot and a situation like this occurred, be it from hacking or poor influence, what would the implications be? Would it be a possibility that machines could partake in terrorism or hate crimes?