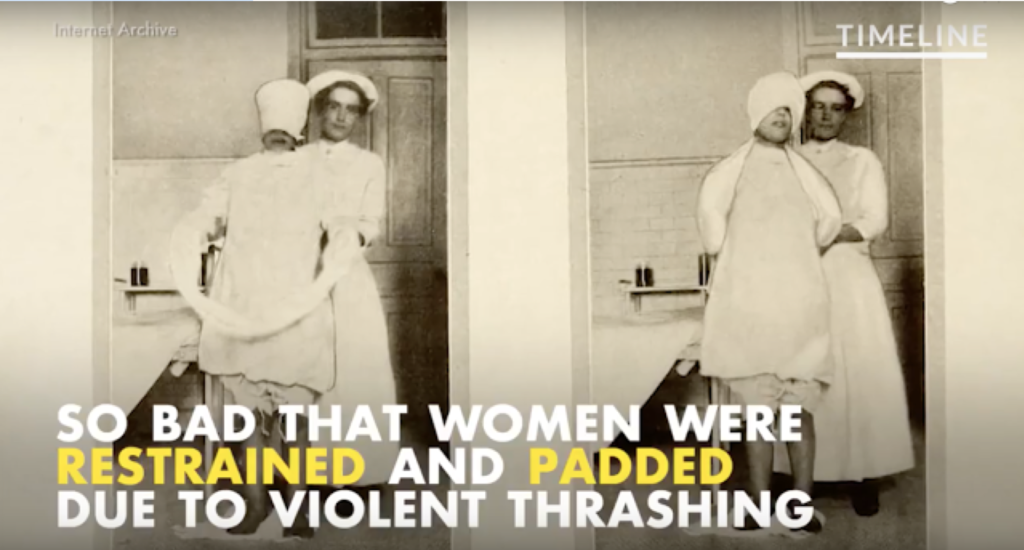 I’m sad to say that I was one of the many children born with the drugs scopolamine and morphine in my system. The doctors used “twilight sleep” when my mother was in labor so that she would develop amnesia with respect to the birth process. Bonding was severely restricted as a result of both my mother and myself being heavily drugged. I have had a pained relationship with my mother for most of my life as a result of blocked bonding.

When I watch this video, I feel rage about what was done to us. The piece of shit OB, Joseph DeLee, who said “I often wonder whether nature did not deliberately intend women to be used up in the process of reproduction,” was of course, a jew from a bloodline of jews that changed their last name in order to hide their jewish identities.

DeLee invented myriad ways to torture woman and newborn infants including incubator stations where he could isolate babies from all loving touch and prevent them from having contact with sunshine and fresh air or any element in the natural world. He also created forceps, suction devices to orally rape newborns, and episiotomies to destroy women’s genital anatomy and integrity. The man was a psychopath and should have been executed, but instead, jewish medicine has pedastalized him and carried forward his sadistic traditions.

I am so ready for the satanic cult of modern medicine to be brought to its knees, pleading for mercy because the people demand justice and are creating it. Thousands of OBs should be brought to the gallows, along with sadistic nurses that assist in the abuse of women or infants or anyone. Circumcisers deserve special punishment.

This cruelty needs to end and we are the ones that need to end it. Say NO to medical interference during pregnancy and birth. Keep the demons away from your family. Protect yourself and your children.

TWILIGHT SLEEP, OBSTETRICS, AND THE TORTURE OF WOMEN AND BABIES

“At a meeting of the American Gynecological Society in 1920, DeLee sparked controversy when he presented a paper advocating for the use of a systematic approach to childbirth for physicians, including the use of forceps and episiotomy even in women who had no labor complications.[3] DeLee’s “prophylactic forceps operation” consisted of several steps: scopolamine injections in the first stage of labor, ether anesthesia in the next stage, then episiotomy and forceps delivery.”
https://en.wikipedia.org/wiki/Joseph_DeLee

“American obstetrics is still functioning under the medical paradigm of childbirth it inherited from Dr. DeLee.”
https://www.geni.com/people/Dr-Joseph-B-DeLee-OBG/6000000003403175244