From the Patriarchal Commission on the Family 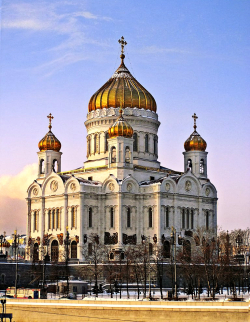 Statement by the Patriarchal Commission on the Family, & Protection of Motherhood and Childhood

The Patriarchal Commission on Family, Maternity and Childhood has received appeals to comment on the public discussion of measures proposed by individual legislators, representatives of government departments, and specialists, in order to increase the coverage of the population — especially children — with preventive vaccines.

Recently, at high-level events, the following measures were proposed for public discussion, in particular:

restriction of the right of parents to informed volontari consent to prophylactic vaccination of children or refusal of them;

restricting the rights of unvaccinated children to attend classes in educational organizations;
introduction of compulsory vaccination passports for children (including electronic ones) and fixing in them the reasons for refusing these or other vaccinations;

limiting the spread of information that is critical to vaccine prevention.

In this regard, the Patriarchal Commission considers it necessary to state the following:

“The Orthodox Church has consistently high respect for medical activities, which is based on the ministry of love, aimed at preventing and alleviating human suffering” [1]. Thanks to advances in medical science, including in the field of prevention, the prevention and treatment of many diseases, as well as the serious relief of the suffering they bring to people, became possible.

The church does not evaluate the effectiveness and risk of side effects of certain specific medical interventions and drugs. Such an assessment is the subject of research based on scientific standards of evidence and free academic discussion of specialists. At the same time, “The Church warns against attempts to absolutize any medical theories” [2], recalling that scientific views are developed and are always open to valid criticism, which may well lead to correction and, sometimes, revision of familiar ideas.

At the same time, the Church cannot deviate from the evaluation of the moral aspects of this sphere of human activity. Her position, in particular, is based on the following principle: “The doctor-patient relationship should be based on respect for integrity, free choice, and the dignity of the individual. Man’s manipulation is unacceptable even for the sake of the most good purposes ”[3].

First and foremost, concern for the welfare of children, including their health, is entrusted by God to their parents. The state and society should respect the priority of parental rights and responsibilities, based on the presumption of their good faith. Parents should make decisions related to the upbringing of children, their education, and their healthcare. The exception to this principle can only be deliberately malicious or criminal actions of parents.

It is worth recalling that the recognition in the legal systems of various countries of the need for informed voluntary consent to medical intervention and the right to refuse it was a consequence of the condemnation of Nazi crimes in the Nuremberg trial, including compulsory medical manipulations and experiments they carried out on people. Since then, respect for these ethical and legal principles has become a familiar feature of every normal society.

These principles are recognized by Russian law. A number of federal laws proclaim the right of parents to give informed voluntary consent to medical intervention in relation to their children, including preventive vaccinations, or to refuse it [4].

It is well known that, along with the risk of infectious diseases, there is also a risk of serious complications — even death — as a result of prophylactic vaccination. In such a situation, it is the patient himself who should make the choice. In the case of a child, the parents should make their choice in each particular case, taking into account the advice and recommendations of specialists, as well as other information. No one has the right to make this choice for them, even if guided by the child’s own well-informed understanding.

The Patriarchal Commission considers that:

1. Parents should retain the right to make informed decisions regarding the health of their children, including preventive vaccinations, without being subjected to any pressure. Persecution of parents for the use of this right is unacceptable.
2. Parents should not be compelled in any way to state the reasons on which their choices are based. The fact of medical intervention or refusal of it should remain a medical secret protected by law.
3. The right of children to education, including the possibility of studying in educational institutions, should not be limited because their parents refused to carry out preventive vaccinations for them, except in cases where there is the occurrence of mass infectious diseases or the immediate threat of epidemics.
4. Parents should be able to make their own decisions, independently receiving and evaluating various information, including critical information. Restricting the distribution of critical information affecting vaccine prevention will not lead to increased parental confidence in professionals and the health care system. Such trust will be facilitated only by honest and open provision of parents with complete, verified and reliable information, including information about the risks associated with vaccination or specific vaccinations.

In this regard, the Patriarchal Commission on Family, Protection of Motherhood and Childhood cannot support the measures listed earlier.

[1] The Foundations of the Social Concept of the Russian Orthodox Church, XI.1.