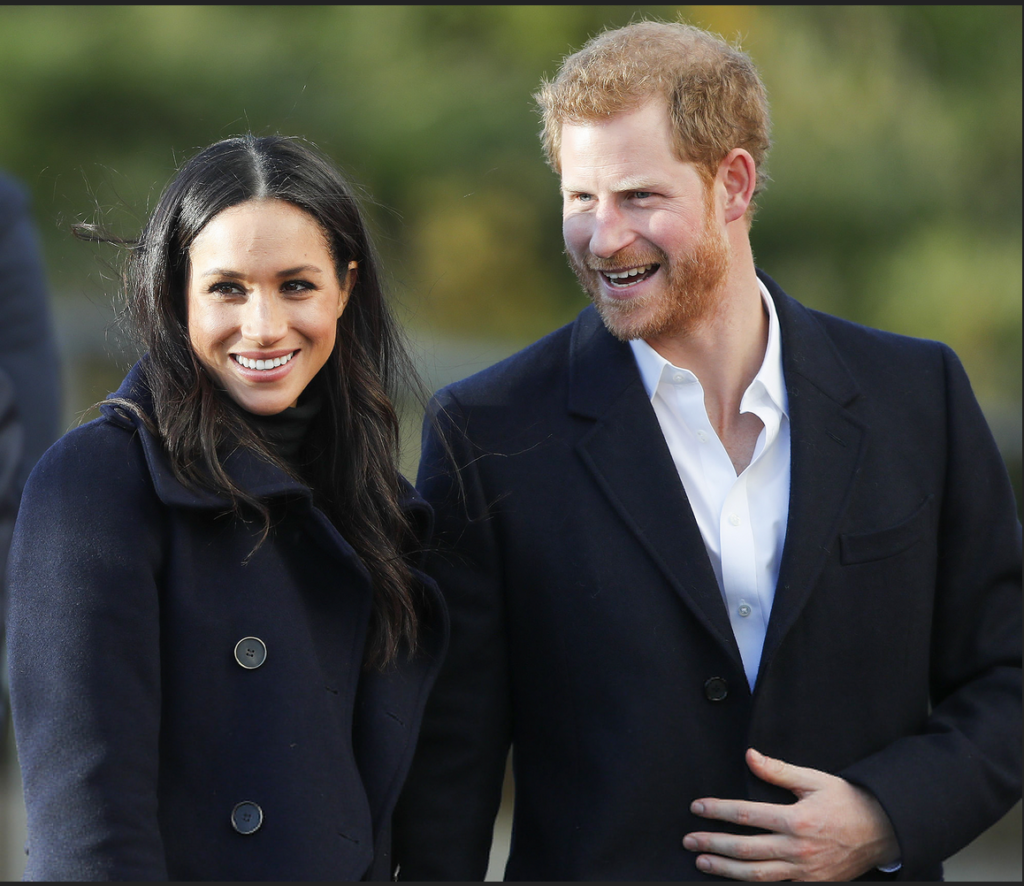 This article would be a funny joke if it were not for the fact that so many stupid people believe the things that organized jewry says. Referring to the extremely ugly Prince Harry as an “international playboy and long-time sex symbol” (and also a “ginger ladykiller“) is hilarious enough. But the icing on the cake is the implication that Markel will be the first “jewish princess,” when in fact, the entire “royal”/reptilian bloodline is jewish.

Meghan Markle (real name Rachel) is a special kind of jew, however, because she is a mongrel. Jews love half white and half black people because they symbolize the jewish vision for the future — a future where all pure, genetic bloodlines have ceased to exist, inter-racial breeding is the norm, and the white race has been completely annihilated. Jews view whites as their biggest threat and that is why they want us dead.  (See this link for more info on the jewish agenda to destroy the white race).  Jews also sing songs as a way of teaching their jew children that they are not white, they are JEWS!

And yes my friends.  There IS a difference. The jews have cleverly used their “white” appearance to blame non-jews for all their evil deeds. Wherever you see stories about how the “white man” did horrible things (such as the Native American genocide), when you look more closely, you will find the slaughters always took place at the hands of the jews. Even the psychopathic “Christopher Columbus” was a jew. And “American” slavery was also controlled by Jews, as this eloquent teacher so clearly reveals.

Jewish and black girls have been mocked for their hair, their bodies and their other-ness. But they might be about to get a heroine at Buckingham Palace.

It’s a real-life fairy tale for everyone who has been feeling like a pre-ball Cinderella in the Trump era: Prince Harry, the international playboy and longtime sex-symbol who is fifth in line for the British throne, has announced his engagement to Meghan Markle, an American actress.

Markle is known for her work in the American TV show “Suits”. Her mother is black and her father is white. And though many publications have reported that Markle’s father is Jewish, a publicist denied that she herself is a member of the tribe.

“Just to clarify…she is not Jewish,” said Chantal Artur, the publicist, in an email, without elaborating.

Markle, who told Elle that she answers the question “What are you” every single week of her life, has not spoken to the media about her religious background or that of her father.

But she has given some serious Queen Esther vibes. Here are 4 kind of, sort of Jewish things about her:

Her real name is Rachel. While we have all met 90-100 wonderful Megans, Meagans, and Meghans at Jewish summer camp, ‘Rachel’ is straight out of Genesis and totally the kind of name your dad would give you if he was trying to subtly imbue your identity with your religious heritage. Plus, changing your name (or in this case, taking your middle name as a stage name) is a classic rite of passage for Jewish performers. Just ask Natalie Hershlag and Jonathan Stuart Leibowitz.

Markle’s first marriage was to film producer Trevor Engelson, a Jewish man from Great Neck, New York. Their wedding involved what The Sun tersely referred to as a “traditional Jewish chair dance”.

She has said that she is sometimes labeled “Sephardic” at auditions. Think about it—36-year old actresses and lifestyle gurus don’t throw around the word Sephardic unless they are Sephardic. She might as well change her name to “Kitniyot Markle”.

Disney has had a frog prince, a lion king, and a royal mermaid, and all we’ve had is the Crusades followed by the Inquisition. A Jewish princess just seems fair.

If it were only the name Rachel, dayeinu. If it were just the “Jewish chair dance”, dayeinu. But the greatest evidence in this biur chametz-like hunt for crumbs of Markle’s Jewish identity is that a spokesman for Westminster Abbey confirmed on behalf of the Church of England that, if they choose, Markle and Prince Harry will be able to marry within the church in an “interfaith” marriage, regardless of Markle’s “Jewish background”.

This brings us to the next booshah-turned-equality-milestone, which is that Markle has been married and divorced. And according to the Church of England, if that’s good enough for Henry the 8th, it should be good enough for his fellow ginger ladykiller (so to speak,) Prince Harry.

So, when Markle and Harry marry, Markle will be the first black, Jewish, divorcee, American princess in English history. It’s worth noting that Markle is also three years older than the Prince, making their marriage a triumph for several pie slices in the chart of disadvantaged identity groups.

This may also be the first time an actress famous for a movie called “Horrible Bosses” gets to meet the Queen of England.

The cherry on top of the sufganiyot-Kwanzaa-cake hybrid? Markle is a noted feminist. She serves as a UN Women advocate and an ambassador for World Vision.

As they say in another story of unlikely royalty, “The Prince of Egypt”: “There can be miracles when you believe”.