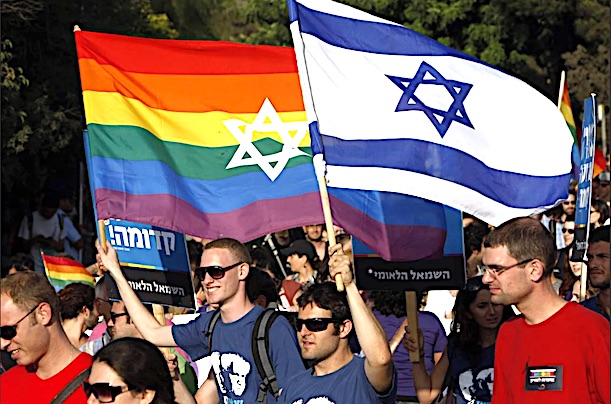 By Christians for Truth

Rabbi Daniel Asor, a popular rabbi in Israel, has urged his thousands of followers not to be vaccinated against the coronavirus, warning them that doing so might “turn them” into homosexuals:

Rabbi Daniel Asor’s assertion goes against decrees issued by leading rabbis in Israel and around the world, who have called on ultra-Orthodox society to take every precaution against the global pandemic, including getting vaccinated.

Asor, who has tens of thousands of followers on social media, is no stranger to controversy. In his latest online sermons, he argued that “any vaccine made using an embryonic substrate, and we have evidence of this, causes opposite tendencies. Vaccines are taken from an embryonic substrate, and they did that here, too, so … it can cause opposite tendencies.”

In addition to purporting a false link between vaccines and homosexuality, Assur also advocates various conspiracy theories about the coronavirus, claiming, among other things, that both the virus and the vaccines are the work of a “global malicious government,” comprising the Freemasons, the Illuminati, Microsoft co-founder Bill Gates and others, who are “trying to establish a new world order.”

He further argues that the virus was released to “cull global population” and that the vaccines seek to further this agenda.

Asor calls the World Health Organization and pharma giants Pfizer and Moderna “criminal organizations” that have deliberately mislead ultra-Orthodox leaders into supporting vaccination drives by presenting them with false data on its components and efficiency.

Further spinning his conspiracy theory, Asor claims that the US Federal Emergency Management Agency, a Department of Homeland Security that has joined forces with Israel’s National Emergency Authority to battle the pandemic, maintains a “brutal army” in Israel that will be secretly embedded with local law enforcement to further the global government’s nefarious agenda.

It should be stressed that leading rabbis in the Sephardi and Ashkenazi comminutes have deemed COVID-19 vaccines to be safe and are urging their followers to be immunized.

Responding to Asor’s assertion that the vaccine could change one’s sexual orientation, Havruta, an organization that acts to promote tolerance and acceptance of LGBTQ people in Haredi society, said it was “currently gearing up to welcome our impending new members.”

But how can this be when surveys have shown that up to 75% of the population did not intend to get vaccinated — especially the Orthodox Jews? — so someone is lying, and it couldn’t possibly be those who are promoting the bogus, deadly vaccines, of course.

And child rape and abuse is already rampant in Israel — with children literally being abducted off the streets in broad daylight.

But this twisted scenario is consistent with what we have reported previously — that Israel could be headed for a “vaccine Holocaust” — in their arrogance in “proving ” to the world that they are better than everyone else in fighting this fictional disease — they could bring about their own demise.

Either way, this article does a nice job making Asor sound as crazy as possible — even though everything he’s claiming is true — except for the fact that he — of course — leaves his fellow Jews out of the cabal that is pushing this “New World Order” through vaccines.

And it’s no secret Jews have been at the forefront of promoting homosexuality in our western Christian nations — and if you don’t think that is a good for us, then you are probably an antisemite™.

In fact, if you even quote Amy Dean, a Jewish activist who has openly bragged about the Jewish involvement in promoting homosexuality, then — again — you are probably an antisemite™:

“In a few short years, same-sex marriage went from being an untouchable political hot potato to a broadly accepted civil right in eighteen states and the District of Columbia. Jews, and their social justice organizations, helped make that happen. In fact, this magazine was a prophetic voice of marriage equality, supporting same-sex unions in the early 1990s and helping to lay the groundwork for the current wave of victories.”
–Amy Dean, “How Jews Brought America to the Tipping Point on Marriage Equality: Lessons for the Next Social Justice Issues,” Tikkun, March 16, 2014