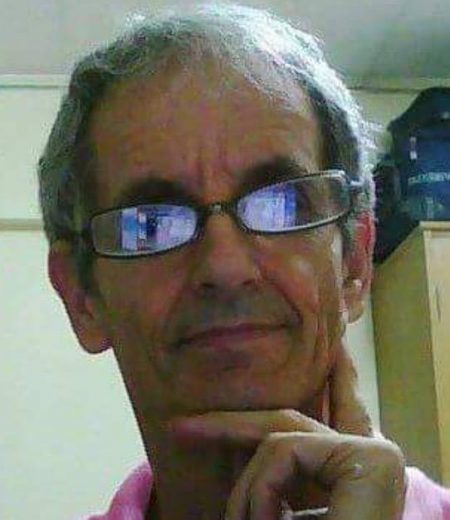 It is with much sadness that I share about the passing of my friend and fellow activist, Erwin Alber.  Erwin was an outspoken leader in the fight against vaccines and he was recently found dead outside his home in Thailand with a head injury.  Some sources claim he had a heart attack but nobody in his community was aware of any health issues.  With him living in a remote location and his wife gone for several days during the time of his death, it looks very much like Erwin was murdered.

Erwin was the creator of the Vaccine Information Network (VINE), a website and facebook page that were reaching hundreds of thousands of people.  He was a passionate, articulate, well-educated man that could easily and convincingly present the facts about vaccines.  It appears (((someone))) did not like The Truth being shared with so many people.

Please let’s say a prayer for Erwin, that his soul be safe and swiftly delivered into the arms of love.  And also sending prayers to his wife, Arunee, and his children, and to all those who cared about Erwin as they grieve this incredible loss to our world.

Thank you Erwin, for gracing our world with your presence.  And thank you for being my friend.  You will be missed.

Famous anti-vaccine site just announces their founder may have been murdered.

(Note from Erin: I’m in disbelief right now. I was friends with Erwin and miss talking to him already. We had such a great relationship with Vaccine Information Network, they have endlessly supported me and shared my work from the very beginning. In fact, below is one of the stories of mine that they shared.)

“Now that the initial and customary mourning period has passed I feel compelled to speak out the words that I believe many have quietly shoved to the back of their minds!

First, I knew Erwin Alber for 27 years. Erwin Alber was a friend of mine. I spoke with him at length just seven days before he died.

Erwin courageously spoke truth to power no matter who got their feathers ruffled. He had integrity, was a very capable debater, and was completely unafraid to take on ANYONE!

And he did so with admirable regularity and zeal -doctors, lawyers, professors, government officials, newspaper editors -you name it!

It is my firm opinion that perhaps this set of impressive qualities, along with the massive megaphone he founded know as VINE (vaccination information network), could have put him squarely in the bulls eye of (to use his own words) “psychopaths” in high places.

While thousands in the antivaxx community may have loved his forthright honesty, it would be untruthful to deny that just as many in the government, medical, and pharmaceutical world’s hated him just as intensely.

(Erwin was also a featured guest on the Vaccine Myth, a show I have also been featured on. He will be greatly missed.)

If you doubt this, just google the man’s name and read the long litany of unkind and untruthful words uttered by his many detractors.

But unlike the rest of us in the antivaxx community he also had control over a mammoth online anti-pharmaceutical industry machine with global reach.

Unlike the rest of us this made him not only a human lightening rod, but a target.

He was a squeaky wheel with a very loud voice and a gigantic audience.

Erwin Alber was VINE. And VINE was by any estimate, the largest and most successful anti-vaccine / pro-informed choice information site in the world, sometimes getting upwards of 150,000 likes on Facebook in a single month!!

That’s a behemoth! A real force to be reckoned with.

And maybe, just maybe the powers that be wanted that voice crushed  into silence once and for all.

In criminal justice jargon what we are discussing here is “motive,” “means,” and “opportunity.”

Was there motive? You bet. Tons of it!

There was undeniably powerful interests threatened by Erwin Alber, with hundreds of millions of dollars hanging in the balance.

These same people also stood to benefit enormously by the removal of such a formidable voice from the vaccine debate.

Next is “means.” This term refers to the financial power to get things done.

So now ask yourself this -does the government, the doctor’s lobby, or pharmaceutical giants have any shortage of cash?

Of course not! They are for all practical purposes a virtual printing press -a money generating factory!

Without any doubt, if they so desired, they could easily come up with the financial “means.” Check.

And the final required leg is “opportunity.”

Erwin lived in a remote area of Thailand. His wife was three hours away in Bangkok when neighbors unexpectedly discovered his body -with a HEAD INJURY.

So does distance, remoteness, or isolation provide a window for malevolence -an “Opportunity?” It sure can. Check.

Now although it was widely reported Erwin Alber died of a heart attack, he mentioned nothing about chest pains or health issues when I conversed with him only days before his death.

Additionally, there is photographic evidence, which I have seen, that demonstrates he also suffered a significant head injury around the time of his death.

Remember this was a high profile, extremely outspoken activist who lived and breathed EVERY day for the past three decades with a single, laser like focus on his mind -to tear down doctors, the drug giants, and the government. He was a deeply committed man, and he was excellent at what he did.

So there was undoubtedly motive, means, and opportunity.

There was also a head injury, yet we are told the cause of death was a heart attack.

Now is it possible a person could suffer a heart attack and then bang their head? Absolutely.

But considering who he was, shouldn’t there be a proper and thorough police investigation to rule out any possibility of foul play?

Once again, I have seen photographic evidence of Erwin laid to rest a mere two days after his death.

A couple of days by any standard is insufficient time for police agencies and medical experts, even in a first world country, to conduct a thorough investigation and determine with any reasonable expectation of accuracy, the absence or presence of foul play.

To my knowledge none of this happened.

Thus I conclude, there is a possibility, some might even argue a pretty high probability, that Erwin Alber was just murdered.

There is at the very least, reasonable and legitimate cause for suspicion.

An official investigation into this possibility should be opened immediately and the conclusions made publicly available.”

(If you are able, please donate to the GoFundMe set up for the family to help with funeral costs.)