Satanism and jewish sorcery rule the vaccine industry. There is no valid “science” operating here. It is pure evil. 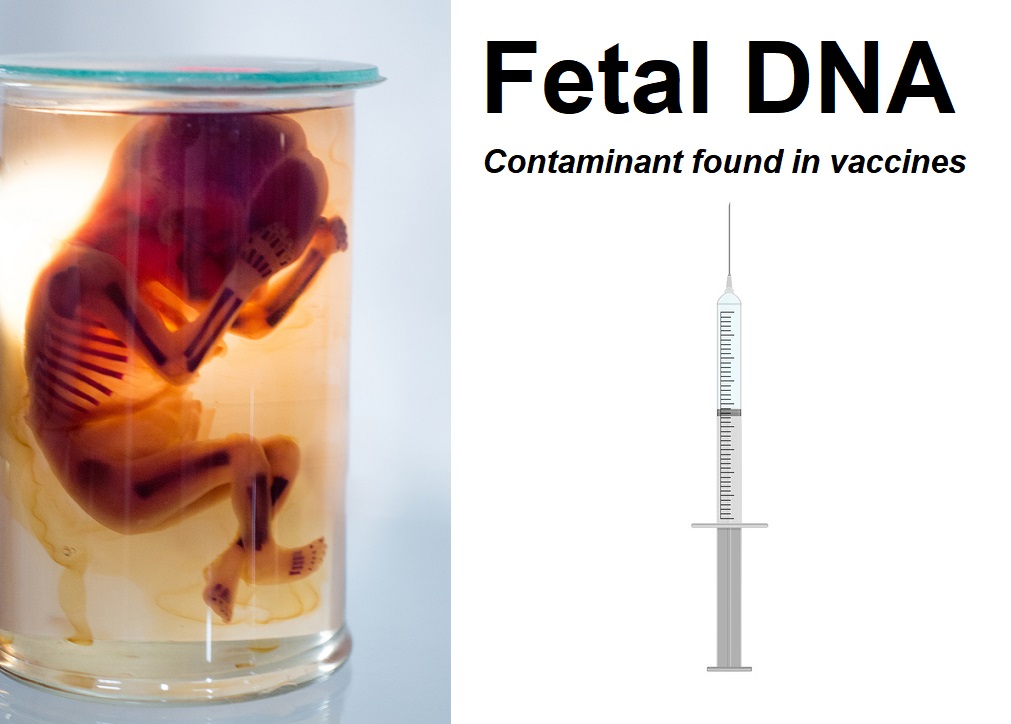 OPEN LETTER TO LEGISLATORS REGARDING FETAL CELL DNA IN VACCINES

My name is Dr. Theresa Deisher. I am Founder and Lead Scientist at Sound Choice Pharmaceutical Institute, whose mission is to educate the public about vaccine safety, as well as to pressure manufacturers to provide better and safer vaccines for the public.

I obtained my doctorate from Stanford University in Molecular and Cellular Physiology in 1990 and completed my post-doctoral work at the University of Washington. My career has been spent in the commercial biotechnology industry, and I have done work from basic biological and drug discovery through clinical development.

I am writing regarding unrefuted scientific facts about fetal DNA contaminants in the Measles-Mumps- Rubella vaccine, which must be made known to lawmakers and the public.

Merck’s MMR II vaccine (as well as the chickenpox, Pentacel, and all Hep-A containing vaccines) is manufactured using human fetal cell lines and is heavily contaminated with human fetal DNA from the production process.

Levels in our children can reach up to 5 ng/ml after vaccination, depending on the age, weight and blood volume of the child. That level is known to activate Toll-like receptor 9 (TLR9), which can cause autoimmune attacks.

To illustrate the autoimmune capability of very small amounts of fetal DNA, consider this: labor is triggered by fetal DNA from the baby that builds up in the mother’s bloodstream, triggering a massive immune rejection of the baby. This is labor.

It works like this: fetal DNA fragments [i] from a baby with about 300 base pairs in length are found in a pregnant mother’s serum. When they reach between 0.46– 5.08 ng/mL in serum, they trigger labor via the TLR9 mechanism [ii]. The corresponding blood levels are 0.22 ng/ml and 3.12 ng/ml.

The fetal DNA levels in a child after being injected with fetal-manufactured vaccines reach the same level that triggers autoimmune rejection of baby by mother.

Anyone who says that the fetal DNA contaminating our vaccines is harmless either does not know anything about immunity and Toll- like receptors or they are not telling the truth.

If fetal DNA can trigger labor (a naturally desired autoimmune reaction), then those same levels in vaccines can trigger autoimmunity in a child.

Fragmented fetal DNA contained in vaccines is of similar size, ~215 base pairs. [iii]

This is direct biological evidence that fetal DNA contaminants in vaccines are not in low innocuous amounts. They are a very strong proinflammatory trigger.

Administration of fragments of human fetal (primitive) non-self DNA to a child could generate an immune response that would also cross-react with the child’s own DNA, since the contaminating DNA could have sections of overlap very similar to the child’s own DNA.

Duke University demonstrated in a recently conducted study that significant improvements in behavior were observed when children with autism spectrum disorder were treated with their own banked autologous cord blood [v].

This treatment clearly shows that most children with autism are not born with it since genetic diseases like Down syndrome or muscular fibrosis cannot be treated with autologous stem cells.

Therefore, an environmental trigger, or triggers, introduced to the world around 1980 when autism first began to rise, must be identified and eliminated or reduced in the environment.

1) Insertional mutagenesis: fetal human DNA incorporates into the child’s DNA causing mutations. Gene therapy using small fragment homologous recombination has demonstrated that as low as 1.9 ng/ml of DNA fragments results in insertion into the genome of stem cells in 100% of mice injected [xii]. The levels of human fetal DNA fragments in our children after vaccination with MMR, Varivax (chickenpox) or Hepatitis A containing vaccines reach levels beyond 1.9 ng/ml.

Human endogenous retrovirus K (HERVK) is a contaminant in the measles/mumps/rubella vaccine [xiii].

The presence of both the high level contaminating fetal DNA as well as the HERVK contamination in the MMR vaccine is an unstudied risk with huge implications and dangers for individual and public health.

Solution: Pressure manufacturers to switch back to animal cell line derived rubella vaccines as was successfully done in Japan:

The MMR vaccine manufacturing process needs to be changed to address and eliminate the above risks for the public.

Thank you for your consideration. I will be happy to address any questions you may have concerning the above.

Read the full letter at InformedChoiceWA.org.