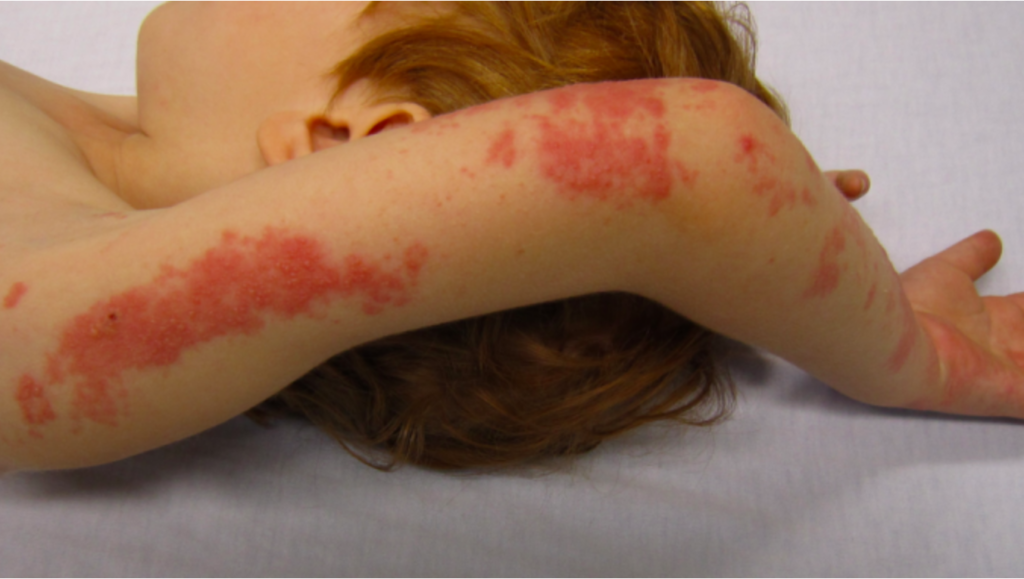 Source Article:
A Two-Dose Vaccine For Chicken Pox Now Is Linked To An Epidemic Of Shingles
https://needtoknow.news/2017/04/two-dose-vaccine-chicken-pox-now-linked-epidemic-shingles/

Dr. David Brownstein says that the two-dose vaccine for chicken pox does lower the rate of that childhood illness. However, shingles, which is a painful recurrence of chickenpox, mostly in adults, has become an epidemic that is directly related to the vaccine. Shingles is far more serious and life-threatening than chicken pox. The bottom line is that billions of dollars are spent on vaccinating children to reduce the rate of a relatively mild childhood disease only to make them more susceptible to the same virus as adults causing serious illness (more medical bills) and even death. Big Pharma wins at both ends of the cycle. –GEG

When I was a child, nearly everybody became ill with chickenpox. Like nearly all kids, when I became ill with it, I stayed home from school about a week and fully recovered.

All that changed in 1995, when the FDA licensed and approved the live attenuated chickenpox (varicella) vaccine in persons aged >12 months. After the vaccine began to be used by most children, the incidence of chickenpox rapidly declined. However, due to continual outbreaks of chickenpox, a second dose of the chickenpox vaccine was added to the childhood immunization schedule in 2006.

However, the most important question to ask is, “Has the chickenpox vaccine (along with the other 70 doses of vaccines given) improved the lives of our children and the rest of the population? The answer to that question is easy: No.

Yes, our children have less chickenpox due to the vaccine. However, shingles, a painful reoccurrence of chickenpox, has become an epidemic illness affecting both children and adults. The rapidly increased incidence of shingles is directly related to the use of the chickenpox vaccine. You see, we need chickenpox circulating in the environment to tweak our immune systems in order to stay alert. With the effectiveness of the chickenpox vaccine, our immune systems are no longer stimulated with the varicella virus (the virus that causes both chickenpox and shingles) which allows the reactivation of the chickenpox virus—shingles– to develop. Studies have shown that we spend more money treating shingles than the savings due to the lowered rate of chickenpox. And, shingles can develop into a chronic, debilitating disease and can cause death.

I keep hearing the mantra that vaccines are safe and effective. That is simply not true. Vaccines are associated with a host of adverse effects. In the case of the chickenpox vaccine, a recent study looked at the adverse effects of this therapy.

The study concluded, “We identified no new or unexpected safety concerns for the second-dose varicella vaccine.” (1)

However, when the entire study is read, a different picture is formed. The authors found 14,641 reports (from 2006-2014) to the Vaccine Adverse Event Reporting System (VAERS) after the second dose of the chickenpox vaccine. VAERS is a voluntary reporting system designed to collect information about adverse effects from vaccinations. It is estimated that only 1-10% of all vaccine-related adverse effects are reported to VAERS since it is a voluntary system. (2) Since it is a voluntary system, there is no doubt that VAERS underestimates the adverse effects due to vaccines. I would venture a guess that most doctors who administer vaccines are unaware of VAERS. I know that is true from quizzing many doctors about whether they are aware of VAERS.

According to the study, 3% of the adverse reactions were classified as serious. Serious adverse reactions included anaphylaxis (83), meningitis (5), encephalitis—inflammation of the brain (16), cellulitis (52), chickenpox (6), shingles (6), and death (7).

Keep in mind that only 1-10% of all adverse reactions to vaccines are thought to be reported to VAERS. So, the numbers of adverse reactions may be multiplied by 10-100 to achieve the true numbers. The CDC estimates that around 100 people died per year due to chickenpox infection before the vaccine. However, the vast majority of those that died had other serious medical issues. When you factor in the under-reporting to VAERS, the chickenpox vaccine does not look so good. In fact, it is a perfect example of the metaphor, “Robbing Peter to pay Paul”.

There is no question that the chickenpox vaccine has lowered the incidence of chickenpox. However, the vaccine is not 100% safe as the study’s data shows. However, the real problem with the vaccine is that it does not provide life-long immunity. Therefore, it is logical to assume that we have created a whole generation of young adults who have received the chickenpox vaccine who are not immune to chickenpox. The benefit of getting natural chickenpox infection as a child is that the child is immune for life; not so with the vaccine. Furthermore, a real danger of chickenpox occurs in pregnant mothers and newborn children. Chickenpox in the first trimester of pregnancy can cause congenital varicella syndrome characterized by birth defects. A newborn baby is particularly vulnerable to serous effects from becoming ill with chickenpox. A mother that had a natural infection with chickenpox would normally pass short-term immunity to prevent the infection to her newborn baby. The protection of her baby against chickenpox does not occur in a woman immunized with chickenpox as this passive transfer of immunity does not occur with vaccination.

We would have been better off letting over 95% of our children become ill and recovering from chickenpox. These children would have life-long protection against chickenpox and there would be no worry about congenital varicella syndrome or their newborn children becoming ill with chickenpox.

Folks, we have a mess on our hands. We have immunized our children against a disease that they did not need to be immunized against. There are many studies showing that the immune system is healthier when exposed to and recovers from common childhood illnesses like chicken pox (and measles). Now, because of the chickenpox vaccine, we have an epidemic of shingles and a young population that is not fully immune to chickenpox. And, as I showed you earlier, the vaccine is not 100% safe.

If I knew my children were going to get chickenpox next week, would I recommend the vaccination? No way. I would ensure that they were nutritionally sound, eating a healthy diet and fully hydrated. Then, if they became ill, I would have them stay home from school to rest and I would take care of them until they recovered. And, I would use a lot of vitamin C. After recovering from the illness, my daughters would not have to fear becoming sick with chickenpox when they are pregnant.

Read the full article at blog.drbrownstein.com.