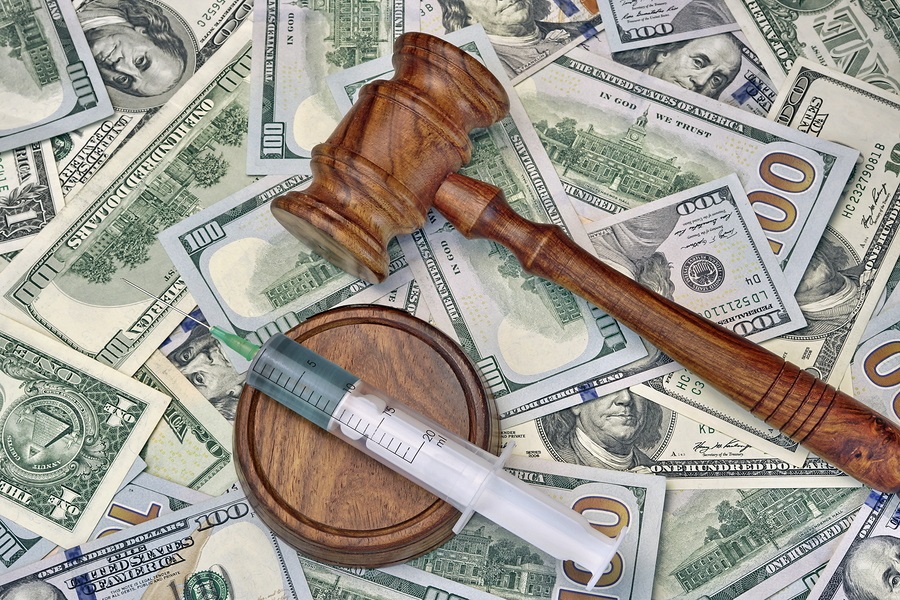 The vast majority of the American public is still unaware that pharmaceutical companies in the United States cannot, by law, be sued in court for injuries and deaths caused by vaccines.

A special U.S. Government “vaccine court” is funded by taxes collected from the sale of vaccines, and one must sue the U.S. Federal Government, represented by their own attorneys, in order to collect any damages from injuries and deaths caused by vaccines.

The Department of Justice supplies a report every 3 months to the Advisory Commission on Childhood Vaccines (ACCV) under the U.S. Department of Health and Human Services regarding the settlements for these vaccine injuries and deaths.

This information, which is public knowledge, is routinely censored by the corporate-sponsored “mainstream” media, so that the only places one can read these statistics is in the alternative media.

In a recent article published at The Vaccine Reaction, it has now been reported that the U.S. Government has paid out over $4 Billion for vaccine injuries and deaths since the National Vaccine Injury Compensation Program was passed into law in 1986.

This is REAL news, censored by the corporate media, and verifiable from taxpayer-funded government websites.

But if you dare to share this on social media, it will very likely be branded as “fake news” and rejected on Pinterest as “harmful,” and there is a good chance Facebook might also prevent you from posting this, if one of their “fact finding” organizations such as SNOPES deems it to be “false.”

Over $4 Billion Paid for Vaccine Injuries and Deaths

by The Vaccine Reaction Staff

A Dec. 1, 2018 update by the U.S. Health Resources and Services Administration (HRSA) on the federal Vaccine Injury Compensation Program (VICP) reported that the total amount of awards to children and adults who have been injured or died after receiving federally recommended childhood vaccines has surpassed $4 billion.1 2

The VICP was created by Congress under the National Childhood Vaccine Injury Act of 1986 as a federal compensation system alternative to vaccine injury lawsuits filed in civil court.3

According to an article published in Fair Warning, almost no media attention has been given to payouts made to vaccine victims by the government, which are adjudicated in the U.S. Court of Federal Claims (also known as “Vaccine Court”).1

Fair Warning points out that one of the reasons that the “Vaccine Court” works in relative obscurity is because public health officials maintain that “vaccines provide vast public health benefits” and are reluctant to talk about vaccine casualties for fear that publicity about vaccine injury compensation awards would dissuade the public from getting vaccinated.1

The HRSA report reveals that over the past 30 years (since 1989), the VICP has received 20,123 petitions claiming vaccine injury and death, out of which 18,000 claims have been resolved.

Of those 17,576 cases, 6,313 cases (about two out of three claims) have received compensation awards via settlements or judgments.1 2

Nevertheless, HRSA does not acknowledge that vaccine injuries are rare and estimates that one person has been compensated for every million doses distributed in the United States.1

However, HRSA fails to acknowledge that there is no mechanism for measuring how many injuries and deaths after vaccination have occurred but have never been reported.

According to Christina Ciampolillo, president of the Vaccine Injured Petitioners Bar Association (lawyers that file cases in to the VICP),

“The vast majority of people that are coming to my office because they suffered an injury are people who did not even know these types of injuries were a possibility.”1

The issue at hand is that the number of petitions to the VICP has dramatically increased over the last few years.

Approximately $1 billion (a quarter of the total amount of payout since 1989) has been given out to vaccine-injured victims in just the last four years.1

While some insist that the VICP has safeguarded the public health by protecting the vaccine supply and keeping vaccine injury lawsuits out of the courts, while protecting the public perception that vaccine are very safe, consumer advocates have a different view.1

“We’re bitterly disappointed. In my view, this has been turned into stockholder’s dream and a consumer’s worst nightmare.”1

She noted that two thirds of petitioners to the VICP are turned away, which deviates from the original purpose of the VICP—to presume causation unless there is another biologically plausible explanation for the injury or death following vaccination.1

In 2014, the Government Accountability Office (GAO) was critical of the VICP, pointing out that most claims took multiple years—some more than a decade—to be resolved.4

Read the full article at TheVaccineReaction.org.