I hope everyone is becoming acutely aware of the fact that satanic forces have almost entirely taken over the edjewcational system in the United States.  Folks, it does not get much more evil or disgusting than this. 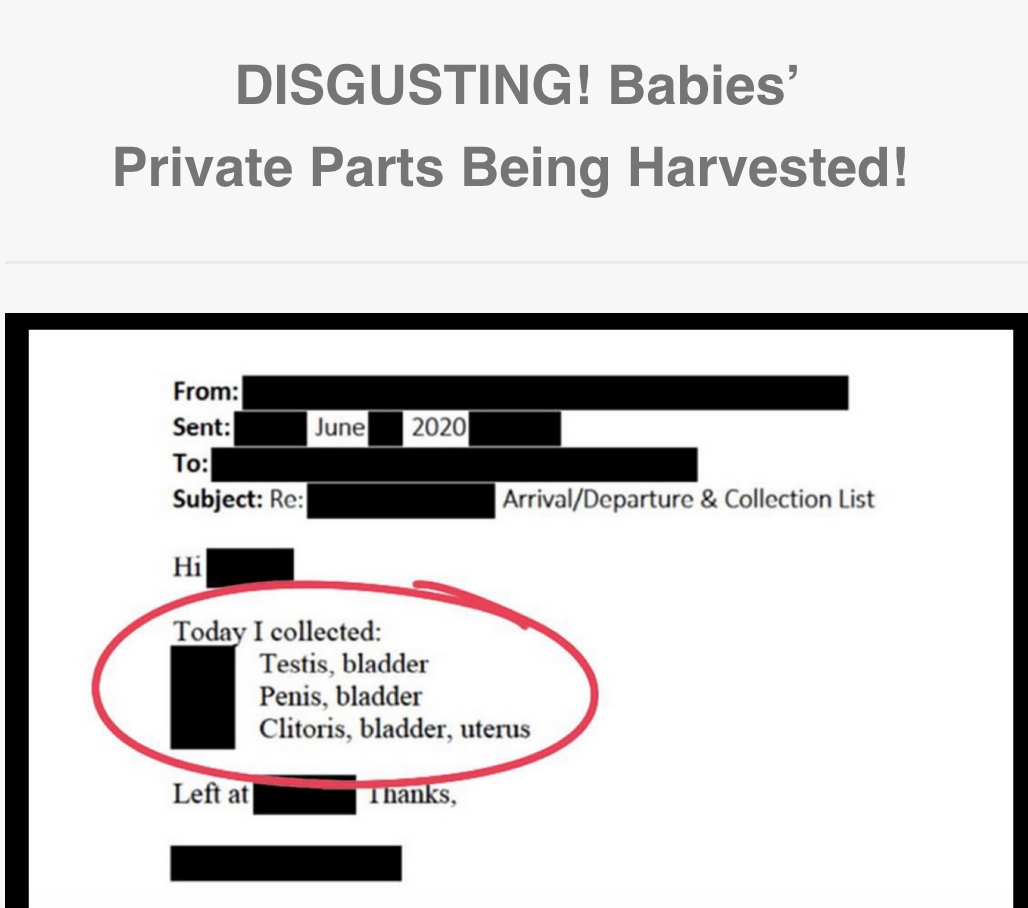 The University of California San Francisco, a hub for all things abortion in the U.S., is harvesting aborted babies’ genitalia and other organs for research, according to documents obtained by pro-life advocates.

The Daily Wire reports Pro-Life San Francisco made the gruesome discovery in documents that it requested through the California Public Records Act. UC San Francisco is a public, taxpayer-funded university.

Among the documents provided by the university were “Arrival/Departure and Collection Lists,” or logs listing the human tissue that was collected from aborted babies, according to the report.

Live Action, which reviewed the documents, found that many of the lists included “genitalia and/or gonads” from aborted babies. According to the report:

Out of 43 logs, 42 document the harvesting of genitalia and/or gonads. It seems ironic that these “scientists,” who work for an institution that postures itself as a frontline warrior in the battle for so-called “reproductive justice,” spend their days mutilating the reproductive organs of people whose lives have been brutally ended under the banner of “reproductive choice.”

The dates on the university documents also suggest the harvesting of aborted baby body parts continued during the COVID-19 pandemic while many other businesses, schools, houses of worship and other entities were shut down in California, according to Live Action.

With this in mind, the Pro-Life San Francisco asked the university for documents pertaining to its practices and protocols for babies who survive abortions. However, it received none.

Attorneys for the university told Pro-Life San Francisco that such documents do not exist “because UCSF/the Women’s Options Centers have no protocol for determining the viability of abortion survivors, or for providing care to them,” according to the report. “This is a tacit admission of the possibility that abortion survivors are simply left to die, without so much as the basic humane provision of palliative care.”

Pro-Life San Francisco has been demanding answers from the university and calling on its Board of Regents to stop the gristly, unethical abortion practices.

During the regents’ June meeting, pro-life volunteer Emma Craig accused the university of “complicity in human torture” and asked the board for answers about babies being born alive in botched abortions.

“We demand action against UCSF for their complicity in human torture and for requesting continued funding for research that creates an artificial dependency on aborted body parts,” Pro-Life San Francisco wrote online after the meeting.

The pro-life organization is encouraging people to make a 1-minute public comment over the phone to the UC Board of Regents demanding that they be transparent and end the “appalling,” unethical experiments with aborted baby body parts.

ACTION ALERT: Contact the University of California Board of Regents with your complaints.