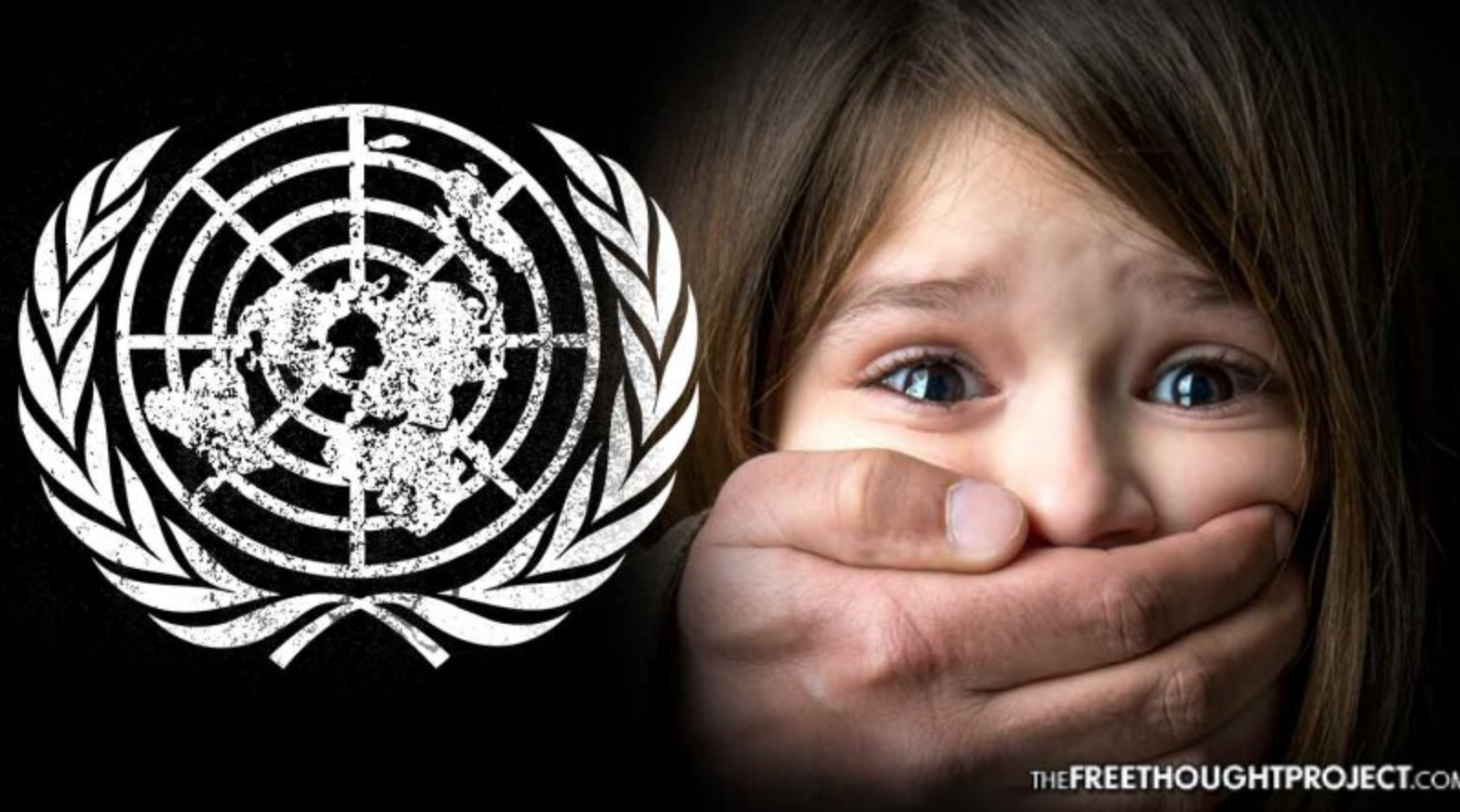 An outright frightening dossier released by a former senior United Nations official reveals that United Nations employees have carried out over 60,000 rapes in just the last decade. What’s more, the dosser estimates that the organization currently employs at least 3,300 pedophiles.

In just ten years, under the guise of rendering aid, the United Nations has literally been raping and pillaging countries across the world. The problem has gotten so out of hand that it prompted the former UN insider, Andrew Macleod, to blow the whistle and hand over the evidence to Britain’s Department for International Development (DFID) Secretary Priti Patel.

According to the exclusive report by the Sun, the dossier reveals that on top of the 3,300 pedophiles working for the organization, thousands more “predatory” sex abusers specifically target aid charity jobs to get close to vulnerable women and children.

According to Macleod, anyone who’s attempted to blow the whistle on the horrifyingly rampant abuse is silence and fired.

Sharing his dossier with The Sun, Prof MacLeod last night warned that the spiralling abuse scandal was on the same scale as the Catholic Church’s.

While the report reveals that there are 3,300 current employees who are active pedophiles on the UN’s payroll, Macleod estimates the real number to be far higher.

“There are tens of thousands of aid workers around the world with paedophile tendencies, but if you wear a UNICEF T-shirt nobody will ask what you’re up to.

“You have the impunity to do whatever you want.

“The system is at fault, and should have stopped this years ago.”

According to the report in the Sun:

Professor MacLeod worked as an aid boss for the UN all over the world, including high profile jobs in the Balkans, Rwanda and Pakistan – where he was chief of operations of the UN’s Emergency Coordination Centre.

He is campaigning for far tougher checks on aid workers in the field as well as the abusers among them to be brought to justice, and wants the UK to lead the fight.

The professor’s grim 60,000 figure is based on UN Secretary General Antonio Guterres’s admission last year that UN peacekeepers and civilian staff abused 311 victims in just one 12 month period over 2016.

The UN also admits that the likely true number of cases reported against its staff is double that, as figures outside of war zones are not centrally collated.

Prof MacLeod also estimates that only one in 10 of all rapes and assaults by UN staff are reported, as even in the UK the reporting rate is just 14 per cent.

Based on evidence from Prof MacLeod, ex-Cabinet minister Priti Patel – who resigned in November last year – this week accused senior officials at DFID of being part of the cover up.

“I know there were a lot of discussions at senior levels of the United Nations about ‘something must be done’ but nothing effective came of it, and if you look at the record of whistleblowers, they were fired,” he said.

“We are looking at a problem on the scale of the Catholic Church — if not bigger.”

As the Free Thought Project has been reporting for years, none of these predators are ever held liable, and as this report shows, only the ones who expose it are fired.

In a blow to victims of human trafficking worldwide, a massive child sex ring was exposed in Haiti — involving international ‘peacekeepers’ with the United Nations as well as other high-level officials from around the world — and no one went to jail.

For years, UN peacekeepers, their high-level commanders, and other ‘personnel’ from around the globe came to Haiti for sex with boys and girls as young as 12.

In Haiti alone, more than 300 children have come forward in the last decade with these claims and only a tiny fraction of those accused have ever faced any form of accountability. And this is the organization that governments of the world rely on to keep peace…no wonder we are in a perpetual state of war.

This article originally appeared on The Free Thought Project.