Here’s the location of one of their Guatemala geothermal plants: 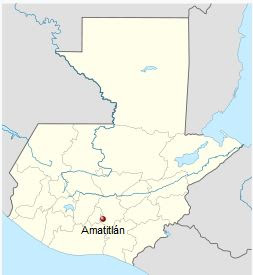 And here’s the location of the volcano that is erupting in Guatemala. 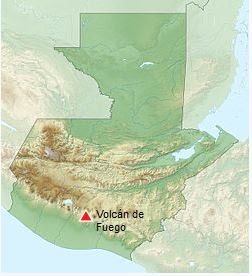 They have one near Fukushima and all hell breaks loose there. They’ve got one in Hawaii, ditto and two in Guatemala and Volcán de Fuego is roaring fire and death.

If it was any other nation, I wouldn’t give this much thought, but when it’s a nation that is filled with hateful, lying, malevolent, land thieves who take delight in shooting kids and who want to rule the world, then this bears a deeper look. In other words, just what in the hell is going on and is Israel deliberately fracking volcanoes into action?

The Israeli owned geothermal company is Ormat Technologies and they have 150 power plants, some geothermal, some capturing wasted heat. The geothermal ones are located near volcanoes to tap the heat. But is that all? Any Mossad assets at these locations?

Ormat claims they weren’t fracking the Hawaiian volcano, but that isn’t truthful…

Scientists have established a clear linkage between fracking and earthquake activity in multiple studies:

Geotechnical Engineering; Committee on Seismology and Geodynamics; Board on Earth and Sciences and Resources; Division on Earth and Life Studies; and National Research Council concludes Geothermal drilling causes earthquakes. 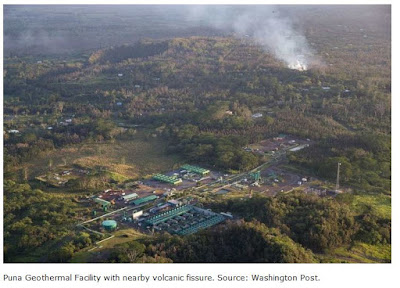 The region of high fracture density is also consistent with the areas of the highest fluid production at PGV…. The production records are proprietary to the PGV parent company, Ormat, so tables and diagrams are not included in the dissertation. However, it is indicted that wells that penetrate the area where we calculate the greatest fracture density have higher fluid flow than elsewhere in the PGV lease. [pp. 55-56]

Essentially, the Duke University study suggested that fracking was occurring at the Puna Geothermal Venture via the injection of pressurized fluids into the wells and surrounding rocks.

They also have a large presence with their buddy that helped with the terrorist invasion of Syria, Turkey.

They have three in Japan. Like the Ormat geothermal plant in Tsuchiyu, Japan, located less than 10 miles from Fukushima, the nuke plant that went critical–helped by an earthquake–in 2011 and is still spilling a tremendous amount of radioactivity into the air, water and soil.

New Zealand has 13 of these ticking time bombs, and guess who holds the detonator?

They also have a huge number of plants to generate energy by capturing residual factory heat and turning that into electricity. And what else? Mossad and Jew sayanim dutifully carrying out orders for the JWO?

Some think this in Hawaii action was deliberate to generate a massive Tsunami, but there’s another possibility:

The California San Andreas fault could go critical and wipe out Silicon Valley, where many of Israel’s good friends work at FAKEBOOK and Joogle. Is it possible they’re fracking volcanoes/fault lines elsewhere to relieve the stress on San Andreas?

Naturally, since it’s an Israeli-owned outfit, there are going to be scandals:

Ormat is no stranger to scandals. At blog.heartland.org, H Sterling Burnett writes (4/1/15): One scandal that could haunt [Harry] Reid for his remaining time in the Senate (and possibly beyond) was reported on recently in the Washington Free Beacon and Courthouse News. It seems the Reid helped the green energy company, Ormat Technologies, a firm that owns and manages geothermal plants in California and Hawaii, secure nearly $136 million in economic stimulus funding from the 2009 American Recovery and Reinvestment Act.”

“It is also worth noting that Ormat’s DOE award came a year after investors sued the company for allegedly inflating its stock price through ‘fraudulent accounting and overstated financial results.’ Ormat settled the allegations in 2012 for $3.1 million.”

“Israel, our good friend, ally &…Ouch, who stuck that knife in my back?”

Doron Blachar, their CFO, worked at Amdocs from 1998-2005. Amdocs, if you will recall, is the Israeli owned firm at the center of the Israeli masterminded 9/11 False Flag, helping with communications:

The Fox News exposé also reported on the near-total penetration of US communications facilities by Israel, through two “private” Israeli telecommunications companies, Amdocs, Ltd., and Comverse Infosys, which, together, handle virtually all the billing records and government wiretaps in the US. Indeed, many of the “art students” not only had “intelligence expertise,” but also worked for Amdocs “or other companies in Israel that specialize in wiretapping.”

Which I’m sure is just another of those curious coincidences that always happens when Israel and Israelis are involved.