Such is the nature of the American jewdicial system.  This judge has a name and an address, both of which should be made public so that whoever this piece of shit is, he/she can be held LIABLE AND ACCOUNTABLE FOR SUCH A WICKED DECISION. The child’s mother also needs to be held both accountable and liable for child abuse and destroying the life of her child.  Such parents needs to be extinguished from our realm. 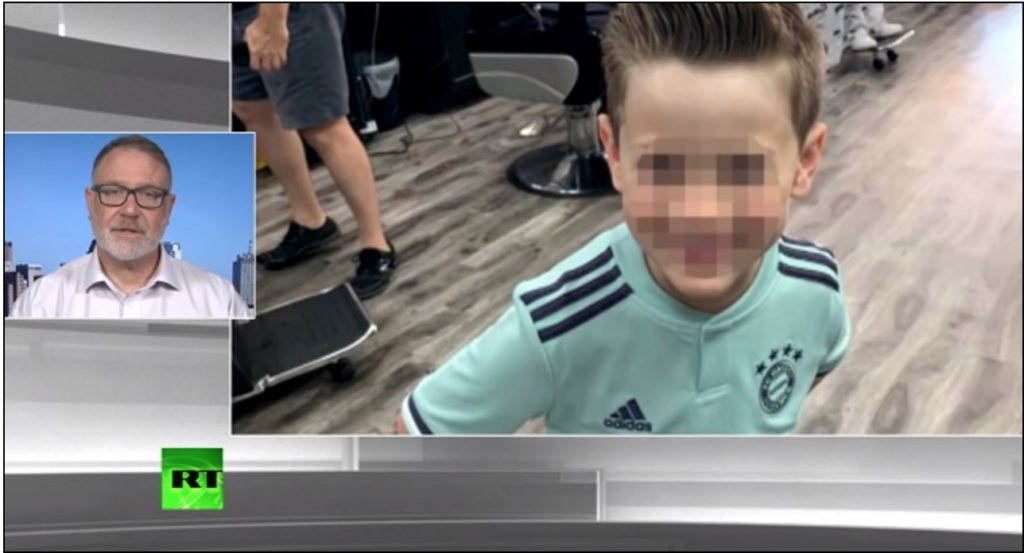 A Texas father has been legally prohibited from raising his son as a boy because his ex-wife allegedly decided their son is a transgender girl and is preparing him for “chemical castration at age 8” and a future sex change surgery, which the father may be forced to help pay for.

Jeff Younger, who is locked in a court battle with his ex-wife over whether their son should undergo transition to a girl, says a court order bans him from discussing things like religion or the need to be respectful to girls.

Jeff and his former spouse Anne Georgulas are trying to resolve a parental dispute over their son, James. Anne insists that James identifies as a girl, calls him Luna, and envisions hormone therapy and eventually sex-change surgery in the future. Jeff rejects the idea and says his son is perfectly comfortable being a boy in his presence. The pair are fighting a legal battle, with a court temporarily ordering Jeff not to impose a male identity on the child.

The order forbids Jeff from calling his son James in front of anyone who knows him as a girl, and this significantly limits what they can do together, he told RT’s Sophie Shevardnadze.

“Basically I can’t go to a school. I keep him away from any friends he might have at school that know him as a girl, and at my home he’s known as James and I use male pronouns. What I’m prohibited from doing right now is trying to convince him that he’s actually a boy,” he said.

The court’s ruling means that Jeff, who is a religious Orthodox Christian, has to be careful when discussing his faith with his son, he said. He is also cautious about teaching James how to behave decently, so that his words cannot be interpreted as imposing a male gender identity.

“I’m even a little trepidatious about reading the Book of Genesis as we go through our Bible readings after Pascha,” he said. “So, I’ve had a lot of trouble communicating with him on religious issues and on basic things that you’d have to teach boys, issues around self-control: how they should deal with women, older women, being respectful to females of their peer group.”

It’s very difficult for me to figure out how to do this without violating that order.

Jeff said James was misdiagnosed with gender dysphoria and simply wants the approval of both his parents.

“The court asked us to take them to social services and let the boys express their preferences,” Jeff said. “And what James said was: he wants to be a girl at his mom’s home and a boy at his dad’s home. He basically wants both his parents to love him.”

Jeff Younger wrote an entire book about the case which he has shared on his website SaveJames.com.

A CHILD BEING PREPARED FOR SEX-CHANGE SURGERY AT AGE 7!

– James prefers to be a boy, but since the age of 3, his mother has chosen to dress him as a girl, and call him by the name “Luna”

– She has enrolled him in school as a girl. He is currently in 1st grade. The teachers and administrators know that he is a boy, but the other parents and students are unaware

– James’ father, Jeff is fighting to protect his son all alone

– His mother has support and financial backing

– Courts have enjoined Jeff from dressing James as a boy at school, from teaching him that he is a boy, and from sharing religious teachings on sexuality and gender

This is state mandated child abuse.

The allies/puppets of Jeffrey Epstein and his alleged “intelligence” agent handlers appear to be running our government.