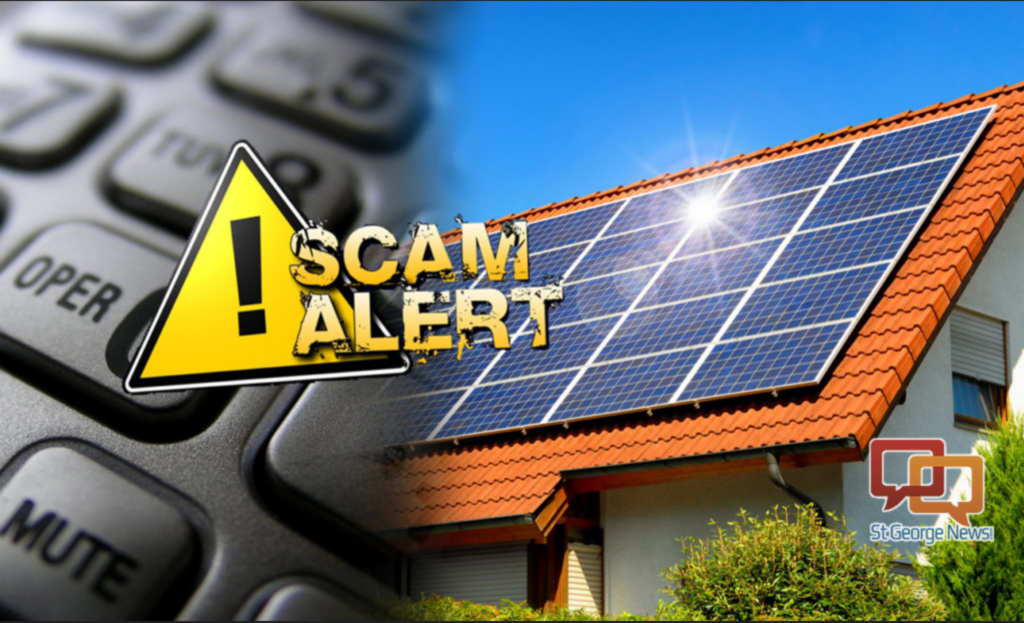 Below is an excerpt from The Dark Side of Prenatal Ultrasound and the Dangers of Non-Ionizing Radiation regarding the scam some solar companies are running in order to acquire people’s homes. This information is very important so please do share.

Innocent people are being severely harmed by the radiation that is emitted from solar wifi modules. These wifi modules operate in conjunction with smart meters and are sending out hundreds of thousands of microwave pulses per day into people’s homes. Many people are becoming ill from radiation exposure, and some have already died. But to those who control solar companies like Vivint, this is good news. Once everyone in the house has become ill or dies, the solar companies can claim a stake in their homes.

This industry is a deadly racket. Please share this information widely and please visit this link for more information about the book which is now available as a PDF and is soon to be released in paperback form. Thank you.

Solar energy, when it is connected to the grid, is a huge source of dirty electricity that is making people sick.[i]  Some solar companies, like Vivint Solar, use wifi modules to run their “clean” and “green” energy.[ii]  These modules pump 2.45/5 GHz of pulsed microwave radiation through the homes of people who are lured into signing up for solar energy.  The microwave pulses that are emitted by the Vivint wifi module measure in the red (according to my EMF meter), and these pulses occur at least every few seconds—totaling several thousand extremely dangerous microwave pulses per day.  When these pulses are combined with the microwave pulses emanating from a smart meter (which also add up to many thousands per day and are in the red),[iii] homeowners are confronted with some of the most effective and lethal weaponry ever designed.  Each microwave pulse acts like a jackhammer, jolting the nervous system and disrupting the electromagnetic signaling of the human body (and all living things).  In due time, these pulses will interfere with proper cellular functioning and lead to headaches, heart abnormalities, brain damage, memory loss, blood disorders, muscle cramps, skin rashes, respiratory issues, loss of balance, insomnia, ringing in the ears (ultrasonic hearing), and much more.[iv]  Many people who feel perfectly fine when they are chronically exposed to wifi routers and cell phones, are sent over the edge into debilitating microwave illness after the placement of a smart meter on their home.[v]

In New York (and perhaps elsewhere), when solar panels are installed, a smart meter is also promptly installed.  These demonic technologies go hand-in-hand, and I am convinced they are designed for one purpose only—to rake in money for those who have sold their souls to the devil while simultaneously destroying the lives of millions of innocent people, pets, insects, birds, and more.

“I have personally tested the RF emissions from the AMI meter and measured that the meter does not send data just a few times a day as the utilities publish. It actually sends an RF pulse about every 4-5 seconds constantly and a longer duration RF emission after midnight running about 3-5 minutes. There is no need for the AMI meter to send a pulse every 4-5 seconds all day just to synchronize and time stamp the clock inside the meter, the meter only needs to send data once a day for 3-5 minutes. All these pulse transmissions the AMI meter is doing is a complete waste of energy and because it is a short but frequently pulsing signal that is not needed to measure power consumption, it is creating needless health effects and is impacting consumers”.[vi]

“NY Green Bank today announced the closing of a $37.5 million loan to Vivint Solar…  New York Chairman of Energy and Finance Richard Kauffman said, “NY Green Bank’s collaborative work with the private sector is already helping the state meet its aggressive renewable energy goals and grow a clean energy economy through its support of emerging clean energy markets. By working with Vivint Solar, New York will add even more solar onto its grid, building on the 600% growth of solar since 2011…” [x]

Vivint Solar is receiving all this funding despite the fact that it has been acquired by one of the wealthiest investment firms in the world—the Blackstone Group[xi]—with $330 billion in assets.[xii]  The Blackstone Group is obviously not in need of additional funding; however, the people that run the Blackstone Group are experts at rounding up large sums of money while harvesting all the financial assets of our world.[xiii] [xiv] [xv] [xvi] The technique that Vivint Solar has been using since the Blackstone acquisition[1] to get people to sign up for their technology involves customers signing a 20-year contract in exchange for “free” solar panels.  Naturally, a 20‑year contract leaves the title to many people’s homes in question,[xvii] and by the time this contract is up, many solar customers will be dead (or very ill from radiation poisoning).  Hence what Vivint Solar is actually offering is a huge and deadly scam,[xviii] [xix] [xx] [xxi] [xxii] [xxiii] with technologies that slowly kill people, and contracts that allow those who control Vivint Solar to ultimately claim a stake in customer’s homes.

“Utah’s Vivint Solar is named in a 17-count civil complaint, filed Thursday by New Mexico Attorney General Hector Balderas, that includes allegations of unfair business practices, fraud and racketeering.  In a release, Balderas said an investigation conducted by his office uncovered evidence that Vivint’s actions in New Mexico have led to ‘hundreds of clouded titles’ to residents’ homes, that the company employs ‘high-pressure sales techniques and procedures designed to mislead consumers’ and binds customers into 20-year contracts under which rates increase ‘by over 72 percent’ over the life of the agreement.”[xxiv]

Both solar and microwave technologies are causing horrific harm by pumping huge amounts of radiation, along with nasty harmonics[2] and dirty electricity,[xxv] into people’s homes.[xxvi]  This is resulting in a growing number of people developing EHS and/or microwave illness—both of which are actually biologically correct responses to these horrific environmental toxins.[xxvii]

[1] On Sep 11, 2017, Fox Business announced that the Blackstone Group was preparing a public offering of Vivint Solar, expecting to receive $3-6 billion for the company, tripling its initial investment.  In the Fox Business article, Vivint is referred to as a “smart-home technology company” that sells “smart locks, security cameras, burglary-detection systems and other such items.”  In another article, we are told that Vivint entered into a “partnership” with Sprint that would “marry Vivint’s services with Sprint’s phones.”

[2] Some people may develop “tinnitus” from exposure to smart meters and/or dirty electricity.  However, their condition may not be “ringing in the ears” at all, but rather an ability to hear the nasty harmonics coming off the electrical lines and/or the microwave/ultrasonic frequencies that now surround us.  We will discuss this in more detail in a later chapter.  Please see here for more information.

[x] NY Green Bank Announces $37 Million Solar Deal – Financing for Vivint Solar Will Support Thousands of New Solar Projects Across the State, Representing $167 Million in Private and Public Investment, NYSERDA in the News, Aug 5, 2016.  https://www.nyserda.ny.gov/About/Newsroom/2016-Announcements/2016-08-05-NY-Green-Bank-Announces-37-Million-Solar-Deal  Link was only available for one month and then scratched from the internet.  Article can still be seen at https://web.archive.org/web/20160812013544/https://www.nyserda.ny.gov/About/Newsroom/2016-Announcements/2016-08-05-NY-Green-Bank-Announces-37-Million-Solar-Deal

[xxii] What Consumer Complaints Reveal about the Solar Industry, Campaign for Accountability,  https://campaignforaccountability.org/work/what-consumer-complaints-reveal-about-the-solar-industry/