What Is Wrong With These People???? Disgustingly Naked Celebrities Treat Americans Like Idiots While CNN Media Personality Whips ‘It’ Out Live On Zoom Video Conference Call 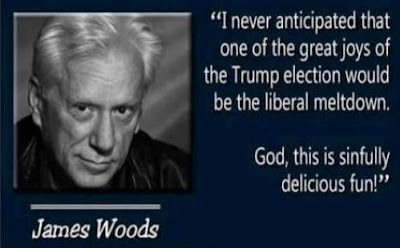 By Susan Duclos – All News PipeLine

There are times when we look through the news, or run across things while researching for an article on a different topic, that we stop and think “What is wrong with these people???”

I’ll admit that almost 100 percent of the time that question runs through my head regarding stories involving liberals.

Needless to say, since most conservatives think Toobin is a tool, and an obnoxious one at that, many had a field day with jokes, whole twitter threads, and basically just allowed the entire ridiculousness of it all to entertain them greatly.

Ok, we can be a little immature at times, but these days you gotta take your laughs where you can get them.

Believe it or not, that was one of the lesser “What the hell is wrong with these people, moments I have had over the past few days.

Below we are going to run through a few of the most egregious and strange behavioral videos found just over the last week, indicating that this type of craziness is increasing in frequency the closer we get to the election.

The next item in the “these people are getting more insane every single day” category is a celebrity video from last week. I missed it because frankly I rarely pay a lot of attention to celebrity news, but this is just too bizarre to leave out of this piece.

In the video celebrities including Chris Rock, Sarah Silverman, Amy Schumer, Chelsea Handler, Tiffany Haddish, model Naomi Campbell, and more, are seen without clothes (no personal parts are showing except the top of Silverman’s seemingly fake boobs), explaining to people how to vote.

Not how to vote via saying “who” to vote for, but literally how to vote by mail-in ballot, starting with the advice to “read the instructions.”

Yes, they think their followers, and Americans that actually pay attention to them, are too stupid to be able to read the directions and then follow them without help.

Watch for yourself below:

I could have gone all year my life without seeing that, but being thoughtful I decided to share my pain of watching it with you dear readers.

GETTING MORE INSANE BY THE DAY

It seems that the closer we get to the November 3rd election, the more insane people are getting, as can be seen in the short 34 second video below.

Imagine being so very angry, full of Trump Derangement Syndrome that in the middle of a diner, you completely and spectacularly loose it and start screaming at a Trump supporter, while also screaming that there is no God because Trump is president.

This is no longer the exception to the rule these days, this type of outrageous behavior from liberals has become the rule itself.

As can be seen in the videos above and below, describing these actions and behaviors are simply in no way adequate because we would be accused of exaggerating, and there is nothing like seeing it to believe it.

Found this next one over at Steve Quayle’s website on Monday, and hunted the YouTube version so I could get it embedded.

We simply cannot do a piece asking what is wrong with these people without adding the absolutely deranged woman below that actually sounds like she is possessed by the end of her screed.

Imagine living with her!! Better yet, and more entertaining, imagine living next door to her and posting a bunch of Trump 2020 yard signs, flags and posters all around your property.

The videos of her reaction to that would be absolutely amazing.

Last one in this category would be yet another “actress,” one I have never even heard of, having a complete meltdown while sitting in her car because she got caught up in a Trump parade.

Description from the video:

Actress Francia Raisa outraged at a Trump parade. This channel is dedicated to videos of “Karen” having public freak outs, acting entitled, crazy, and having melt downs.

See what I mean? No way to describe that adequately,. Even if directly quoting her entire screed, the facial expressions, the tears, the whole dramatic presentation, we just cannot do this justice.

With the rapid increase of these type of public displays, and the strange belief by these people that videoing and publishing these screeds is somehow a good idea, shows me they do not even know how crazy they seem or are acting.

On Monday I detailed this type of insanity in order to show that liberals are determined to burn the country down if President Trump is re-elected, but given that unless it is a landslide for the winning candidate we may not know the full results for a week or more after the election, and we fully expect these types of “WTH” incidents to not only increase before election day, but to get even worse while waiting for the final results.

If President Trump is re-elected then it would be better for liberals’ mental health (or what is left of it) if he just did so by a landslide, so they could begin their fifth year of temper tantrums.

I know people get anxious about elections, but the level of crazy we are seeing and the speed with which is growing and amplifying, goes far beyond “anxious” and right into mentally unstable territory.

I doubt some of these people will ever get their sanity back, if they had it to begin with. Somehow it has become not only an “acceptable” practice to scream, yell and basically make a spectacle of themselves, then publish it online as if they think this type of behavior is normal.

It might be the “normal” for liberals, but they better understand that if they continue to act like fools, we are going to continue to highlight it, and make fun of them.

I honestly do not feel sorry for their mental degeneration at this point because anyone that will verbally, or physically, attack someone else just because of who they support in an election, deserves to ridiculed.

Feel free to share examples you find to add to the “what is wrong with these people?” compilation.