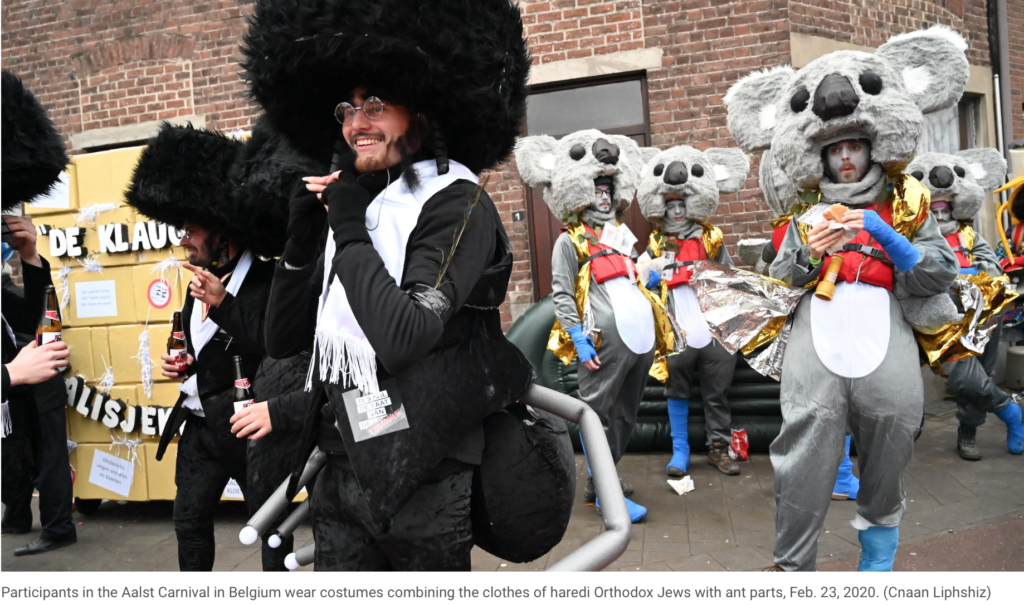 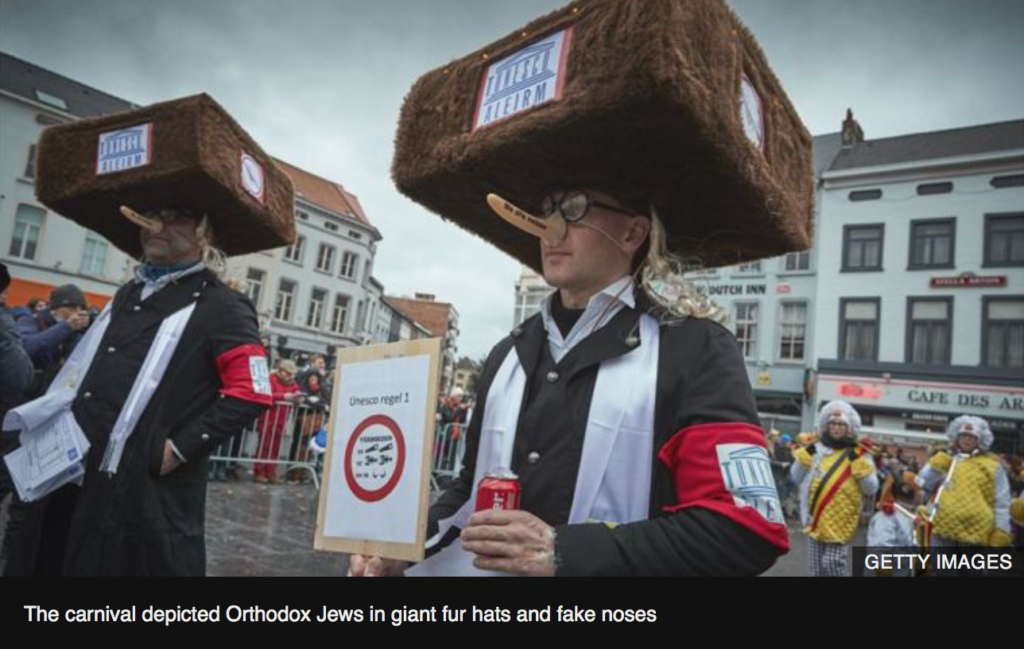 AALST, Belgium (JTA) — Caricatures of Jews, including ones depicting them as ants, were prominently displayed at this city’s annual parade.

The displays came a year after the Jewish Telegraphic Agency exposed anti-Semitic displays in last year’s parade in Aalst, located about 10 miles west of Brussels. Participants said the new displays were designed to reject the criticism of the town and carnival that followed JTA’s report.

“This is us saying we’re not going to stop making fun of everyone,” a man who identified himself as Fred van Oilsjt, 26, told JTA on Sunday while wearing a costume that exaggerates the suits favored by haredi Orthodox Jewish men. (Oilsjt is Aalst in the local dialect.)

He and 11 other members of his group also wore an ant’s abdomen and legs attached to their backs and a sticker that read “obey” on their lapels. Anti-Semitic imagery has often associated Jews with vermin, but he said the display was meant to be a pun referencing how the Dutch-language word for the Western Wall sounds like “complaining ant.”

Another group wore fake hooked noses and haredi Jew costumes as protest. Their float had a sign labelled “regulations for the Jewish party committee,” and it included: “Do not mock Jews” and “Certainly do not tell the truth about the Jew.”

Among the thousands of revelers who watched the parade from the sidelines, dozens of people wore fake haredi Jew costumes, including one person who also wore large troll feet…

Last year, JTA reported that the Aalst Carnival included effigies of grinning Orthodox Jews holding bags of money, with a rat perched on one effigy’s shoulders.

Of course, jews will not stop kvetching about this carnival, such as the case with this whining asshole who posted a video at this location on twitter. 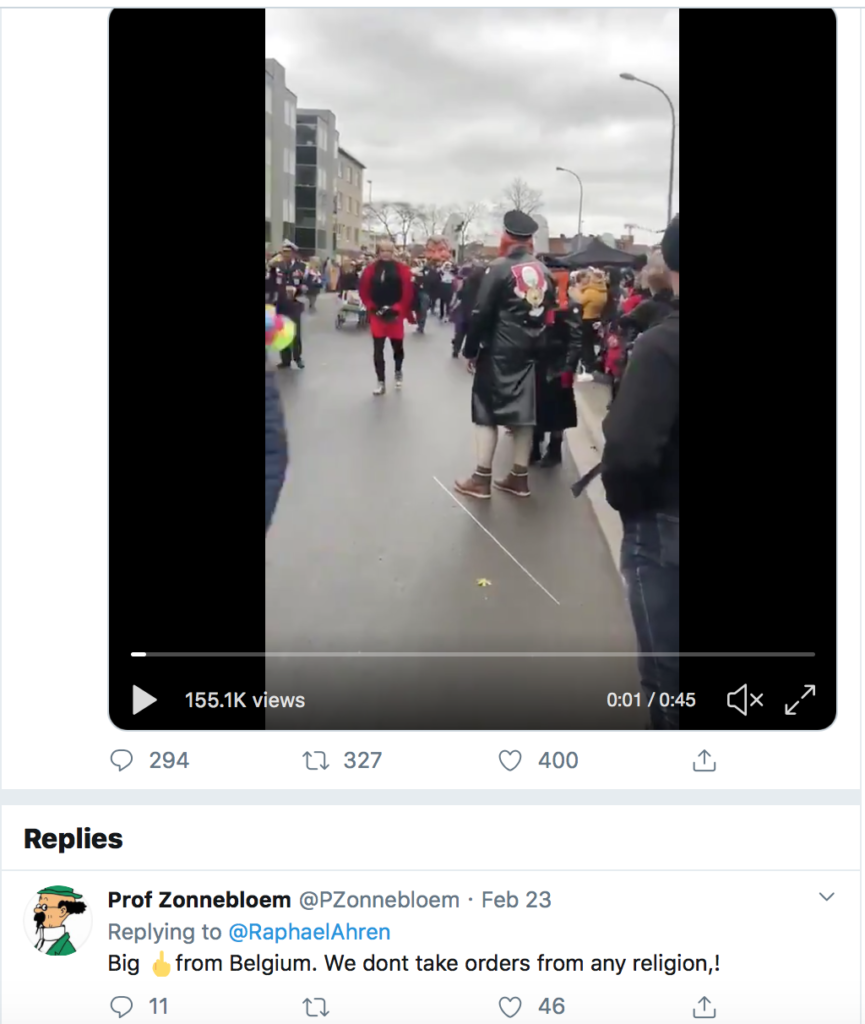 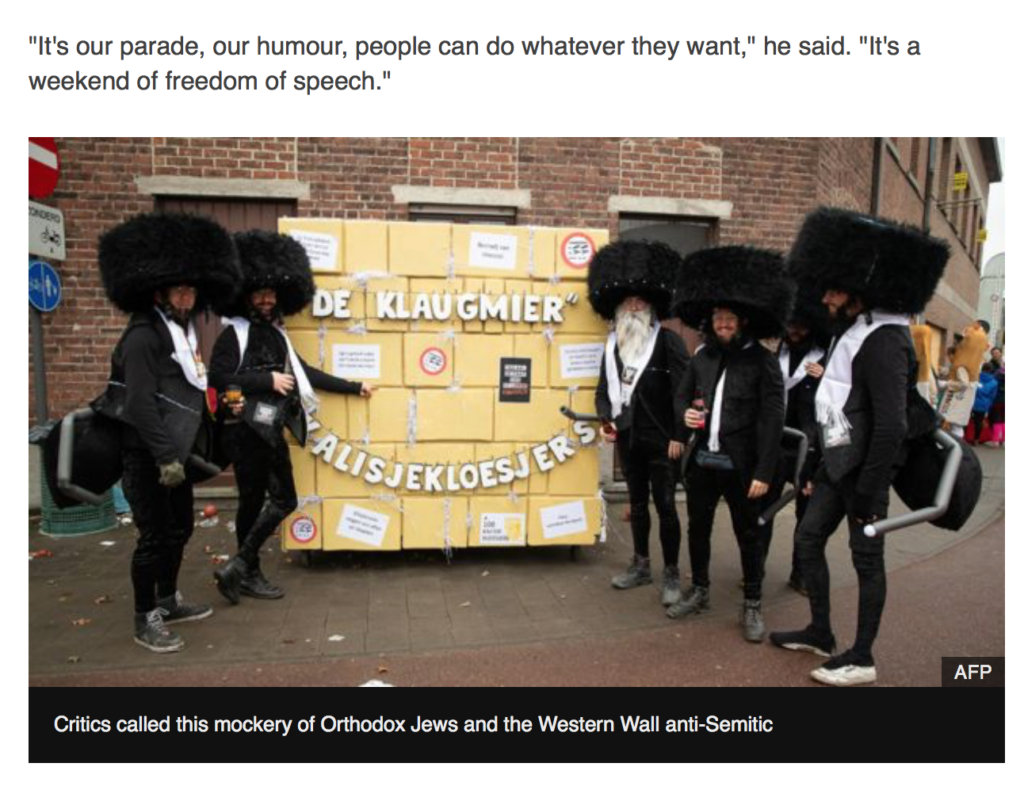